Why do Chickens Molt in the Summer?

Learn Poultry » Chickens » Why do Chickens Molt in the Summer?

Chickens go through the molting process, whereby they lose their old worn-out feathers and grow new ones when they get around 18 months old. 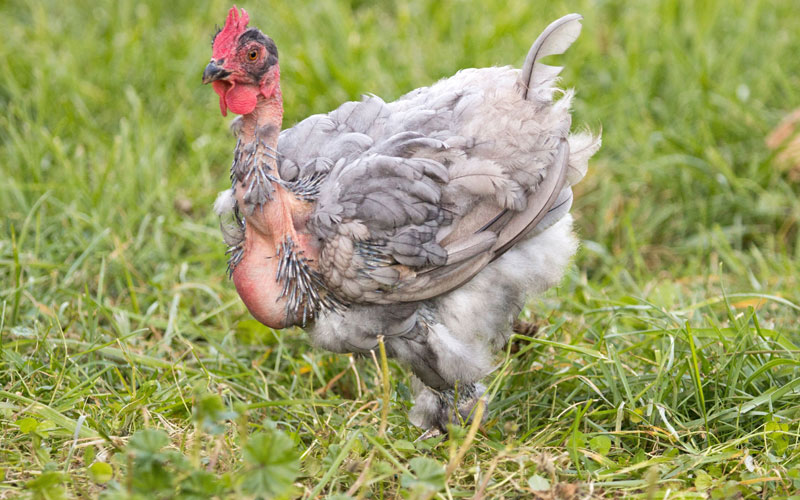 Molting usually takes place in the fall of summer, and they grow new feathers between eight and 12 weeks. Chickens molt annually, with adult chickens having their first molt between sixteen and eighteen months old.

When do Chickens Usually Molt?

Chickens go through many molts in their lifetime. The initial juvenile molt occurs when a chicken is between six and eight days old. Here, molting starts when the chick begins losing its downy covering and grows real feathers.

The second molt occurs once the bird is around eight to twelve weeks old. Here, the young chicken replaces its baby feathers with adult feathers.

Chickens usually start their initial adult molt at around eighteen months old. However, not all chickens molt conventionally. Some chickens can drag out their molting process for six months. As a new chicken owner, it is prudent to know that chickens have two molting styles, namely hard and soft molting.

Chickens aren’t machines, and they don’t lose their feathers at once during molting. Each chicken in your flock will take a different time duration from another chicken to molt. Some chickens can take up to 3 months to molt, while others will be through with molting within two and a half months.

Younger chickens molt relatively faster than their old counterparts. Therefore stop worrying if you notice some of the birds in your flock are taking longer to molt than others.

Why do Chickens Molt?

Molting is an inevitable natural process that each chicken must undergo in its lifetime. Chicken molt to shed off old feathers and grow a new plumage. Besides renewing its plumage, molting also helps a chicken rest its reproductive organs.

Most chicken keepers barely notice any change after their birds have gone through molting. After the process, a chicken will have a new, perfectly-looking coat covering its skin.

The most common molting trigger in chickens is a reduction of daylight hours. Hens also molt at the end of their egg-laying cycle. In this case, molting coincides with early fall or late summer.

Physical stress is another cause of molting in chickens. However, due to physical stress, chickens won’t lose all their feathers after molting. Instead, it will have bald patches throughout its body.

Roosters also cause hens to molt after plucking off the hens’ feathers during mating. Broody hens also molt once their chicks become independent, and the hens return to their egg-laying cycle.

Parasite infestations can also make chickens molt abnormally. Chickens will start plucking their feathers to eradicate the external parasites in their feathers.

If you notice your birds are molting during odd times of the year, it could be because of parasite infestations, and therefore you can save your birds from abnormal molting if you keep all the external parasites at bay.

Is It Normal for Chickens to Molt in Early Summer?

Yes, it is perfectly normal for chickens to molt in early summer, although most chickens molt in the late summer months. Early summer is an excellent time for some chickens to replace their old, worn-out feathers with new feathers.

Do Chickens Molt Every Year?

Yes, chickens molt every year since molting is an annual process whereby chickens must shed off their old plumage and replace it with a new one. Your chickens, especially adult chickens, will usually molt each year, particularly in the late summer.

How Long Do Chickens Molt?

On average, chickens take between eight and twelve weeks to molt. Backyard chickens will start molting in the fall of summer. After 8 to 12 weeks, your chickens will have new feathers, and their plumage will be brighter.

However, a couple of factors will affect the duration of time a chicken takes to molt. Juveniles, for instance, take a shorter time to molt than adult chickens. Furthermore, certain chicken breeds molt faster than others.

No molting hens usually don’t lay eggs. During the molting process, your chickens will stop laying and instead take advantage of this crucial time in their life to boost their nutrient reserves.

Even when your chickens aren’t laying during the molting process, you should ensure the birds have access to a high-quality diet consisting of protein, which will help them regrow their feathers pretty fast.

Chicken feathers comprise around 80 to 85 percent protein. Therefore, your chickens’ bodies cannot simultaneously support egg production and feather growth. At first, chicken keepers wonder why their birds aren’t laying as usual when they start to molt.

If you wonder what types of foods to provide to your molting chickens, it is essential to ensure your chickens eat at least 16% protein. Protein-rich feed will help your chickens regrow new feathers pretty fast.

Molting is a perfectly normal process that each chicken must undergo in its lifetime. Without this process, your birds will remain in their old, worn-out feathers. Most chickens will molt in late summer, although some of your birds might start molting in early summer.

Either way, it helps to provide your chickens with a healthy diet that will make it easier for the birds to regrow their feathers. 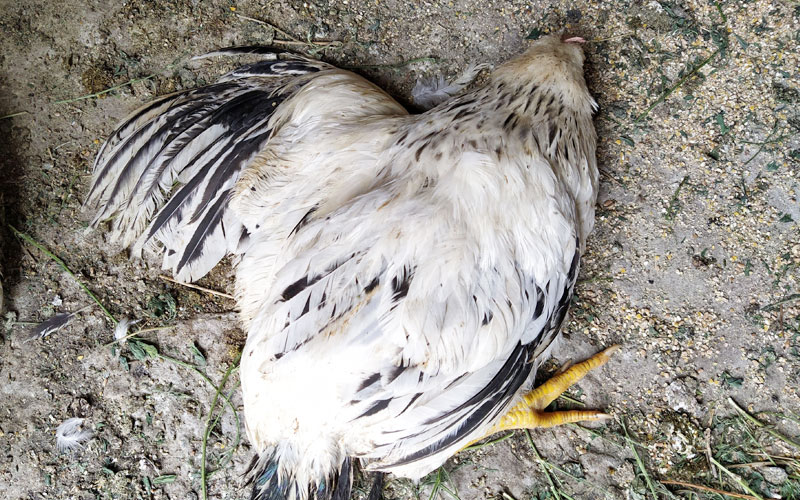 Chicken Vomited and Died Within Hours – Why? 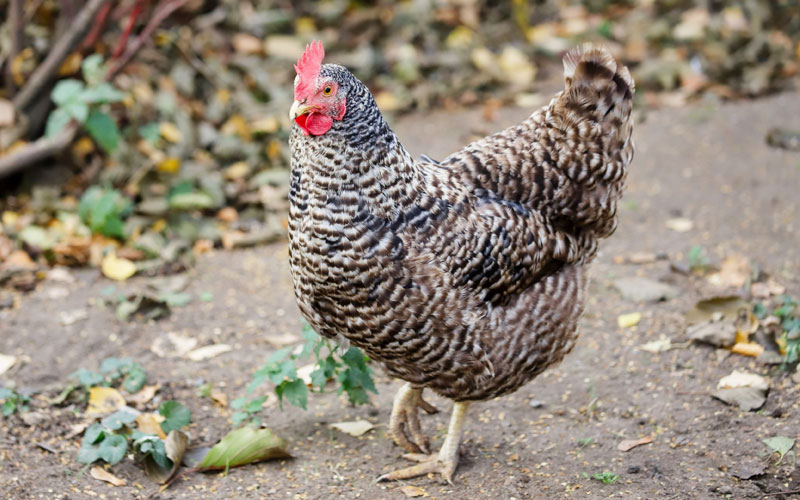 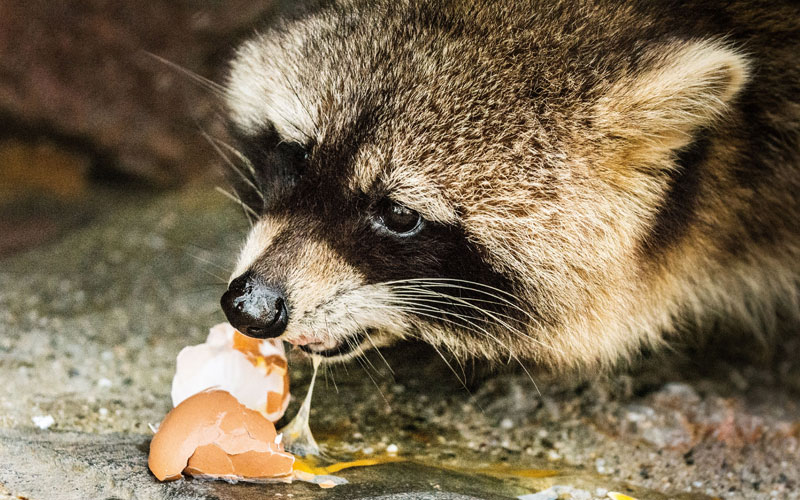 What Animal is Stealing my Chicken Eggs? 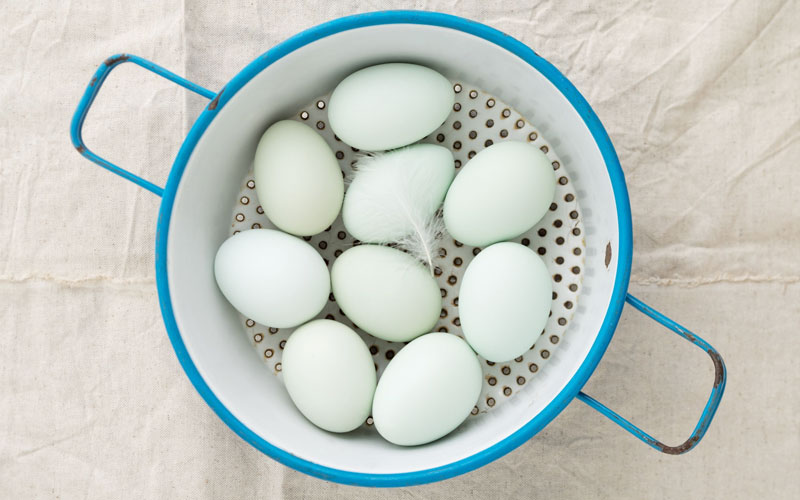