We are all familiar with the unmistakable duck quack. The question is, why do they do it so often? There are several reasons why ducks keep on quacking all day long. Amazingly, there are a couple of other animals that give an almost similar sound. Some of them include pelicans, Cranes, Cormorants, Herons, raptors, and wood frogs.

However, one impressive factor about duck quacking is that it begins right from birth. If you want to understand the phenomenon behind duck quacking, it is vital to recognize how the birds produce the noise. Let’s go straight to the point and unveil the quacking process and the reasons behind it.

Why do Ducks Quack a Lot?

Quacking behavior begins from birth, where mothers teach their newborns how to produce sound. This is done through a process called imprinting.

Such ability helps the baby ducks stay away from danger and prevents them from getting lost at migration times. It also ensures that they can identify their species which leads to a self-defense mechanism against predators.

It’s worth noting that ducklings quack much louder than mature ducks. According to researchers, the noise is produced by inflating and deflating the throat. Ducks birds make a more forceful version of that sound when threatened or challenged.

You can notice these tendencies during courtship season or nest defense. Remember that apart from challenging their opponents (predator or rival males), making loud noises keeps their social group together.

Are Female Ducks Louder Than Males?

Male ducks are more vocal than female ducks and can be pretty aggressive if they feel threatened in any way. This is because they have specially designed chambers in their windpipe that help them create louder noises more efficiently.

Sometimes, males sound ten times deeper than they are to scare predators and mating competitors. They tend to produce more audible sounds when there are fewer ducks on the water. The main reason behind this is to announce their presence and make it easier for all their companions to hear them.

In most cases, males only call out to the females they like. Sometimes, male ducks may remain silent if the favorite female is not in the vicinity.

Why Do Ducks Quack at Night?

Duck quack more at night because they can’t see or hear each other well. If they feel threatened, they quack to gather companions for safety.

Ducks also make their calls to chase predators away from them and their families. Yet, underwater ducks produce louder “clicks” to let everyone know that there are dangers in the water.

How to Keep Your Ducks Quiet?

Silencing a duck is nearly impossible because quaking is a natural inclination. Unfortunately, some uncouth individuals use painkillers and anesthesia to keep the birds silent. This may cause further problems like stress and malnutrition to the ducks.

The best you can do is to rearrange your garden so that it will not disturb them too much while doing their own thing. You can try modification techniques below if the sound becomes offensive to the people around.

– Use double walls to separate your duck from visitors

Build a solid wall that would contain any quacks so that they don’t bother anybody. Luckily, several brands are using effective soundproof material that can keep the sound away.

If you have several ducks in one place, most likely, the sound will be magnified. Even if ducks get lonely staying alone, the noise factor should be at the top of the list. As a solution, you can start by keeping a female and a male to reduce noise levels.

Ducks are natural swimmers and enjoy spending loads of time in the water. For this reason, you should provide your pets with enough water to keep them healthy and happy. If you live in an arid region, fill the pool with fresh water regularly. If possible, install two pools simultaneously.

That way, while some ducks entertain themselves in the shallow part of the pool, others can swim about in deep waters and be happy.

If it is a young drake or duck making all the noise, you need to distract him with something he likes. You can buy plenty of toys for this purpose. Given that there are several pet stores, it is vital to research a brand that sells durable and high-quality duck toys. Sometimes, you can throw junk from your house in the pool to keep your ducks active and distracted.

Do all Ducks Quack?

Breeds like Mallards and Ruddy Shelducks spend considerable time quacking. Nonetheless, some species rarely produce any noise, even during the courtship period or when attacked by rivals. Below are some silent duck species;

This breed cannot quack and remains absolutely silent throughout. Since these species are currently endangered, it is up to you to make sure that you do not disturb them. Instead, you should protect and conserve them well enough for them to continue their lineage.

These birds are known to be silent during their resting time in the water. They can only make some noise when they move on land and fly. It is not difficult for them to stay quiet even if you happen to disturb them at this moment. All one would hear from them is a flap of wings as an escape strategy in such a situation.

Porpoises always communicate with each other through bird noises though not quacks. They can produce several kinds of ‘sounds,’ including whistles, clicks, and squeals.

Note that these sounds have different meanings and differ from mating rituals, self-defense, or warning signals. For example, squeaking means danger, while whistling serves as a distress call to other ducks.

Translation of duck quacking is something that will always remain a mystery for a long time. This is because there is no technology or means of thoroughly understanding the language of ducks.

However, by following these simple tips, you can create an environment where your pets can live in peace and enjoy their natural tendency. 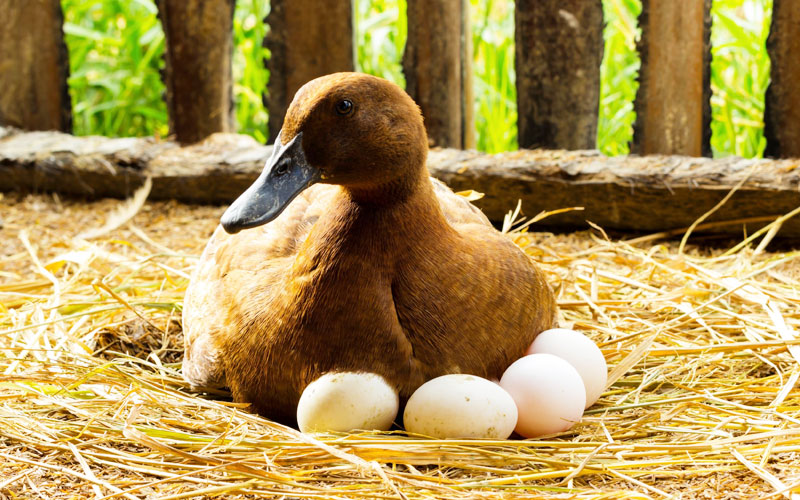