Silkie chickens quickly became novelty birds after their introduction to Europe in the 1800s because of their unique appearance. In their homeland in the Far East and China, these birds had been providing meat and eggs for society’s affluent for ages. Their black meat was thought to have medicinal and magical properties, and their bones were used in traditional Chinese medicine. 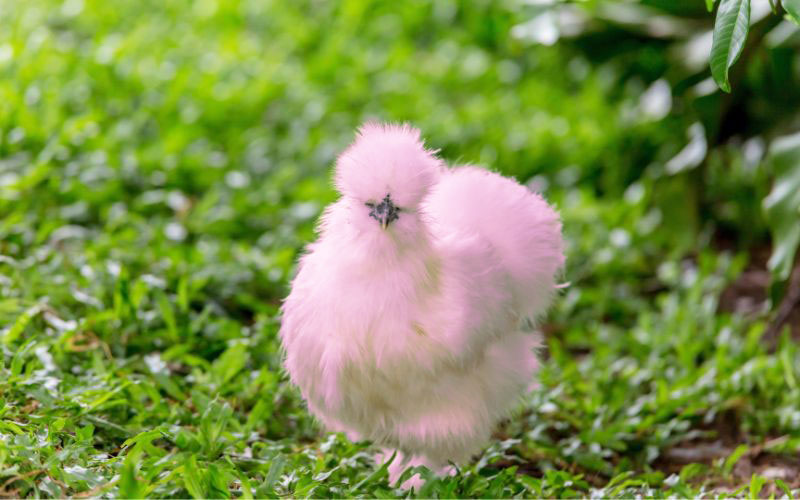 Silkie chickens make great mothers, can be house pets, are great with children and have soft fur-like feathers. Moreover, they have a unique plumage that comprises more fluff than feathers. This gives them a silky feel that makes them cuddlier than other birds.

Nowadays, silkies have become more of ornamental, show or exhibition chicken since they are poor layers producing only 2-3 eggs weekly. They are among the most beautiful breeds around. Though they come in several colors, pink silkie chickens are the most popular nowadays.

The article below will answer your typical questions on pink silkies.

Yes, pink silkie chickens are real. Understandably, it is difficult to visualize a pink chicken. Though pink is not a natural color for silkies, there are several ways of dyeing a silkie chicken to primarily make it an ornamental bird.

Paint silkies that are essentially black with a dominant white gene look like birds with Dalmatian-like spots. These chickens will often hatch with light and sometimes pink rather than black skin. These can sometimes pass as pink silkies though their feathers are white.

How Are Pink Silkie Chickens Made?

Dyeing a silkie chicken to become pink is controversial in some places, but when done right, there is no harm to the bird. Below are the ways of making pink silkie chickens.

– They are fed colored food

The most commonly color-fed bird is the red-factor canary, but you can also color-feed your silkie to get the pink color. The commercial substances fed to birds to promote the pink color are fat soluble, so they are often mixed into feeds.

You should stick to the right pigment dosage to avoid untoward effects. Some breeders feed their silkies beet juice or brine shrimp to get the pink color. The diet is maintained to prevent the pink coloration from fading to off-white or white.

– Their feathers are dyed

This is among the easiest ways of getting a pink silkie. Mix 250ml of warm water with about half a small bottle of food color or kool-aid. Some people use both kool-aid and food color for optimal results. You will then dip your silkie in the mixture for a few minutes. The color will soak down to the bottom layers of the bird’s feathers.

Alternatively, you can pour some baby grit in your silkie’s broody. When they use the grit as their dust bath, your white birds will have a bright pink color. Unfortunately, this color will not last too long.

Photoshop can change virtually any detail in a photo. As such, the images of pink silkies you have come across may be simply photoshopped. Someone might just have photographed a white silkie and then changed its color to get people talking. 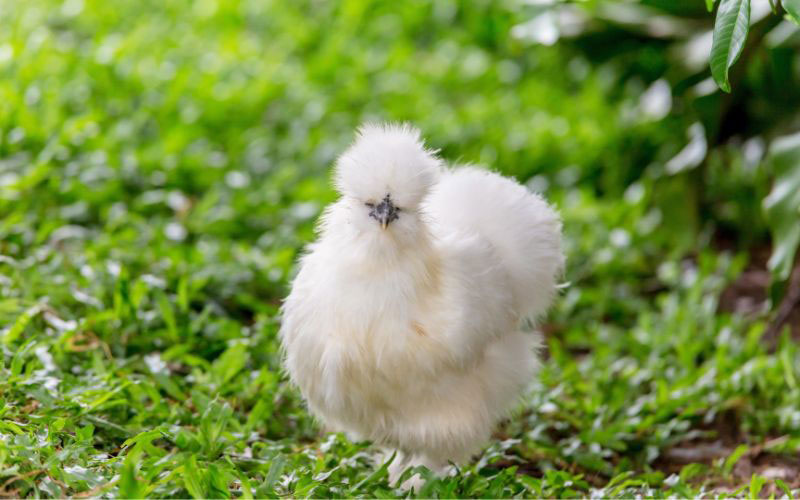 Can You Get Pink Silkies From Crossbreeding Chickens?

One, you can cross a primarily red male with a mostly red female. About 75% of the chicks from this crossbreeding will have normal black feathers, while the rest will be lavender, red, red normal feathered, lavender normal feathered or lavender red normal feathered. You will often produce about fifty birds with this method before getting a pink silkie.

Alternatively, you can back cross a red rooster to mostly red females. In this instance, half your chicks will be black silkie feathered and black normal feathered, while the other half will have silkie or normal feathers and red coloration. 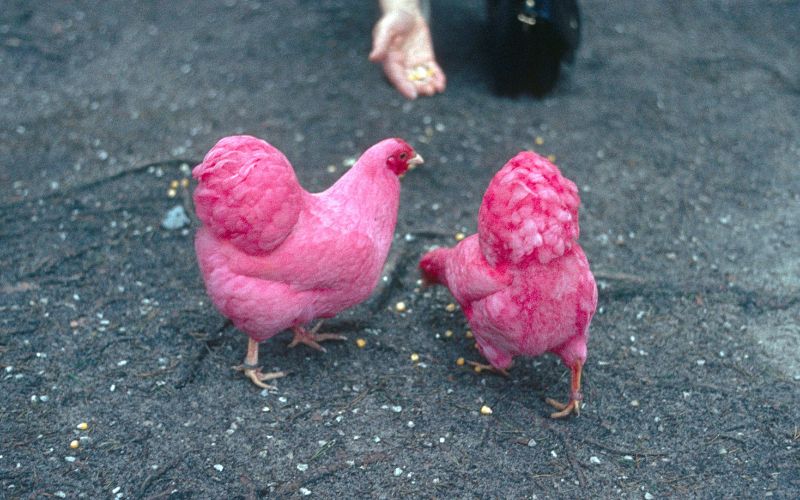 What Is The Natural Color Of Silkie Chickens?

Chickens with these variants approved by the APA will have a characteristic black toe, black skin, and a fluffy plumage running down the legs to the toes.

The most common silkie color is white. Like all silkies, pure white silkies have black skin and a black faces. A recessive gene is the cause of the white, and this gene can be easily lost because of erroneous breeding selection. The recessive gene also makes white silkies notoriously slow growing.

With your questions on pink silkies answered, it is time to add a few to your flock. Thankfully, they are peaceful and calm birds that do not have a lot of demands. These qualities make them perfect for beginners. The chickens love free ranging though they should be closely supervised to protect them from predators.

You can have a fully enclosed area that will protect your pink silkies from hawks. Remember that the feathers of silkies do not have barbicels. This means the birds’ skins will get soaked because the feathers cannot protect them against adverse weather. Get them a secure place to keep dry when it is raining. If they get wet, dry them and keep them warm until they reach their normal temperature. Fermenting Chicken Feed – All You Need to Know 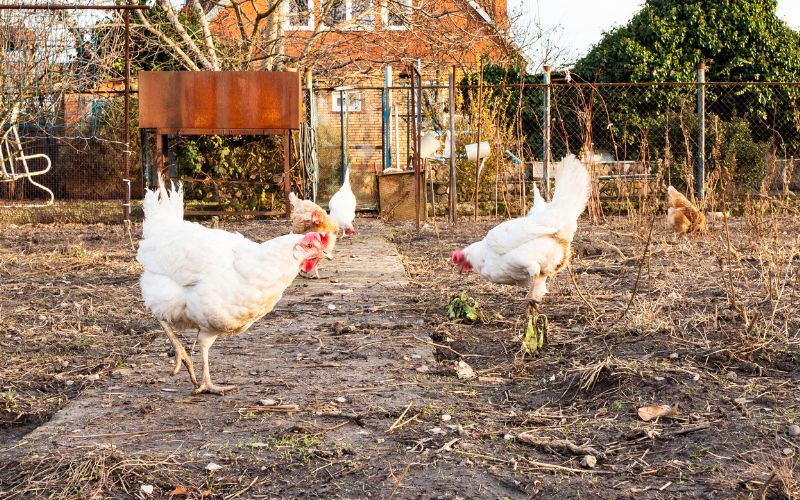 15 Ways to Save Money While Raising Backyard Chickens

Speckled Sussex vs Silver Laced Wyandotte – What is the Difference?