Poultry farmers have a lot to contend with when it comes to keeping the flock healthy and thriving, and one of the worst things you can ever have to deal with is Marek’s Disease in Chickens. Luckily, many farmers go their whole lives without ever facing a single case of the disease in their flock. There is a lot of misinformation on the illness out there, and this piece sets the record straight, offering you all the information you need on the disease and how to handle it should you encounter it at some point during your farming days.

What Causes Marek’s Disease in Chickens?

This disease is caused by the Herpes virus in chickens and, in some rare cases, turkeys. It is a lifelong infection that does not leave the chicken’s body once infected.

The virus spreads within the flock through infected dander from birds with the disease. It also spreads through dirty feeding equipment, wild birds, clothing worn by the farmer that may contain the dander, and darkling beetles within the coop.

There are four main manifestations of the disease

This is seen through an acute inflammation of the central nervous system. The result is the “floppy broiler syndrome,” and with time, paralysis as the nerves are also affected. This paralysis spreads to the eye tendrons, the wings, and the legs, leaving the chicken immobile.

For this manifestation, the early stage is expressed with temporary paralysis that resolves itself occasionally. The heads of the chicken tend to twist backward or to the side as the nerves lose sensation. They often have diarrhea and respiratory problems, which turn the comb purple or blue to the lack of adequate oxygen in the body.

This manifests as tumors in the chickens’ hearts, lungs, testes, ovaries, and muscles, which impedes their quality of life as time goes by. The only way to diagnose this is with a postmortem assessment, as the symptoms are internal.

One outward symptom is rapid weight loss resulting from the loss of appetite and the inability of the body to digest food and absorb the necessary nutrients properly.

This is the most visible manifestation and is seen through lesions around the feather follicles, ulcers, and scabs on the skin. It is also one of the ways that the virus spreads from one chicken to the next as the dead skin cells that fall off the chickens have the Marek’s Virus active in them.

These dead skin cells and follicles then infect the rest of the flock if they are breathed in or eaten.

The disease can manifest through the ocular canal with symptoms like a misshapen iris in the chicks, blindness in the chickens, graying of the eyes, and a non-reactive pupil.

The ocular manifestation is not the best way to determine Marek’s Disease as they may be symptoms of several other conditions. Still, it alerts the farmer to examine their chickens thoroughly. The mortality of Marek’s Disease in chickens is 100%. This is because there is no cure or treatment regimen for the disease once the chickens have it. It is also good to note that the disease also weakens the immunity of the chickens, making them susceptible to other parasitic, viral and bacterial infections.

You can take many actions to prevent it, the most effective being a vaccine, which is discussed later in the article. Another way is to acquire chickens from reputable breeders who exercise quarantine, vaccinations, and biosecurity measures in their incubators.

Seasoned poultry keepers recommend regularly cleaning out the coop with Oxine disinfectants as this helps to destroy lingering traits of the virus in the environment and keep toxicity with the pen low.

Since there is no effective treatment for Marek’s Disease in chickens, the best cause of action is vaccination and hygiene control within the coop. Three vaccines are widely used: HVT Vaccine, SB-1 Vaccine, and Rsipens Vaccine. Your local vet should be able to acquire and distribute it. Let them decide on the best vaccine dosage for the chickens.

The vaccine is administered at hat or in ovo to the embryos within the eggs. If you are a prominent commercial chicken farmer, then the second method (in ovo) is the best since machines can help with this on a large scale, helping you to mitigate the labor cost and risk of loss from human error.

The vaccine is usually frozen and requires proper handling to thaw and reconstitute it to ensure the appropriate dosage is administered. The vaccine, when properly administered, is usually around 92% effective in preventing your chicks from contracting Marek’s Disease.

Farmers who prefer an “all-natural” flock can abstain from using the vaccine and practice proper hygiene and adequate ventilation. The trade-off for this, however, is the risk of significant losses should Marek’s Disease infect even one of the chickens, as it could potentially wipe out the whole flock.

What to Do with Chickens Having the Marek’s Disease?

This is a dangerous practice requiring the highest levels of hygiene since it is effortless to carry dander from the infected chicken coop back to the healthy chickens. As a result, Marek’s Disease will continue to spread and plague your flock till all your chickens are infected.

Separating the infected chickens and adequately disposing of them through incineration is advisable. It is also an excellent practice to vaccinate the remainder of the flock and completely clean out the coop from top to button to eliminate any dander, follicles, litter, and dust that may contain the virus.

If you are still adamant about isolating and keeping asymptomatic chickens with Marek’s Disease, it is best to ensure that your hygiene practices are of the highest standards.

Is Marek’s Disease in Chickens Contagious?

Yes, the disease is highly contagious. As the route of infection is respiratory, it spreads like wildfire within the coop. It’s tough to eradicate the virus once it gets on the dander and follicles of the chicken. It’s also known to survive freezing temperatures in an inactive state and activates once thawed.

Chickens in tight confinement have a higher rate of infecting each other than those that are free-range or have enough room in the coop. It is this advisable to always have at least two square feet of space per mature chicken within the pen to prevent Marek’s Disease and other diseases from spreading.

You should also ensure proper ventilation within the enclosure to prevent the coop from becoming stuffy, as this contributes to the faster spreading of Marek’s Disease.

Is Marek’s Disease Dangerous to Humans?

There is yet to be a recorded case of Marek’s Disease in humans. This means that as a farmer, you are safe from the disease. It is also safe to eat the eggs laid by chickens with the condition though this is not advised. Even if humans are not at risk of contracting this chicken disease, it is best not to consume any products, meat or eggs, from chickens with Marek’s Disease.

Some farmers insist on not letting the products from their birds go to waste, even in cases of infections with Marek’s Disease. If this is your stance, ensure that you properly clean the chickens before cooking them.

It is also best to cook them thoroughly to ensure you kill the virus completely. Incinerate the fathers and any other organs you do not consume to prevent the further spread of the disease.

The most common misconception about the disease is that vaccinating a few in the flock or not vaccinating them at all in the case of an outbreak will lead to the development of herd immunity within the flock. This is wrong. As a farmer, it is up to you to take the protection of your flock seriously. The disease has no cure, just prevention.

The body does not grow to become immune to it since the virus is constantly mutating. The best thing to do is to isolate and incinerate the sick from the flock and vaccinate your chickens on a schedule prescribed by your local vet. When it comes to Marek’s Disease in Chickens, always remember that prevention is better than cure. 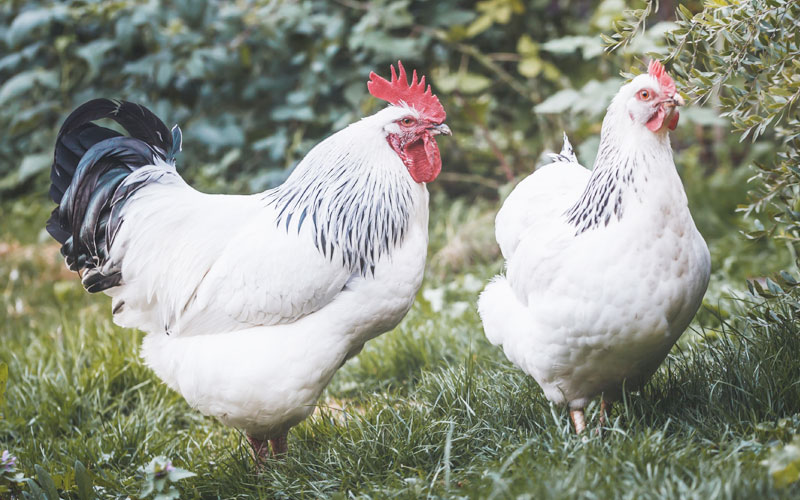 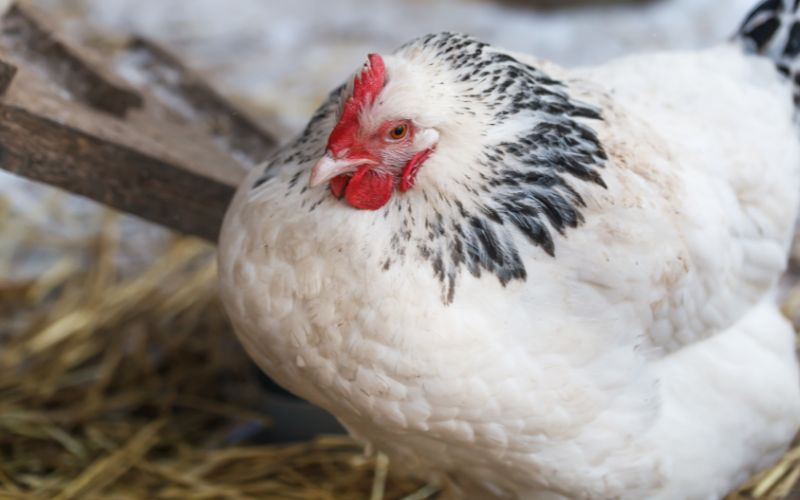 How Long Can Chickens Go Without Water in the Winter? 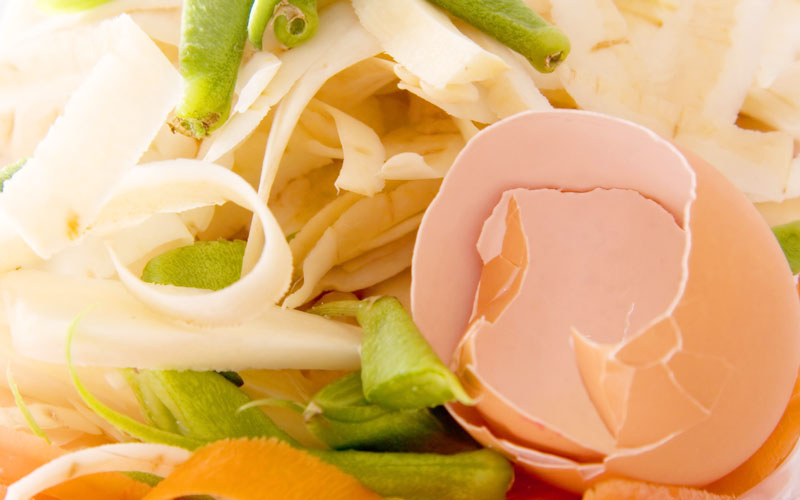 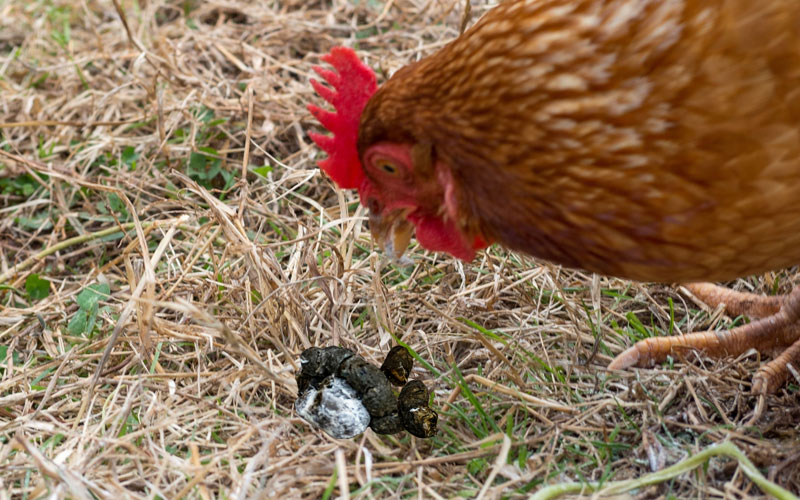 Why Do Chickens Eat Their Own Poop?