Avian Flu, also known as the Avian influenza, is a deadly viral infection that spreads quickly among domestic and wild birds. Your chickens risk catching this disease, especially when they come into contact with wild birds. 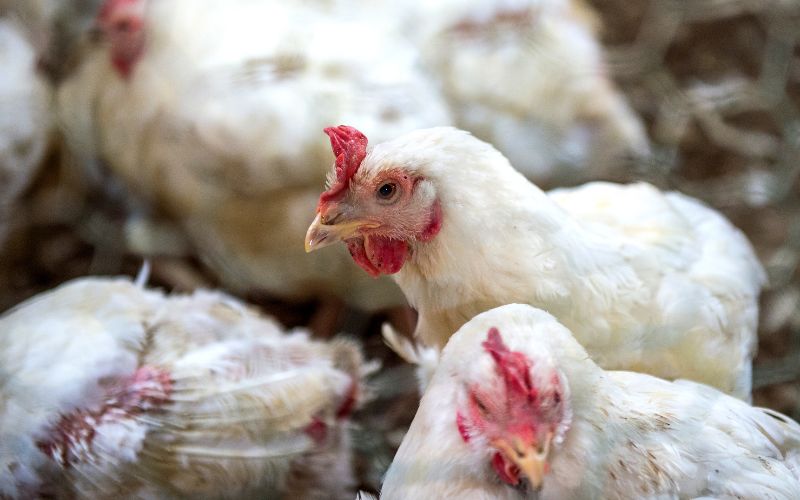 7 Symptoms of Avian Flu in Chickens

Every chicken raiser should identify the symptoms of Avian Flu in their flock and then seek a cure for this infection before it kills their birds. Here are the seven common signs of Avian Flu in chickens

Loss of appetite is one of the common symptoms of Avian Flu in chickens. Chickens with this viral infection may exhibit a loss of appetite and decreased feed consumption. Influenza Virus is the virus that causes Avian Flu in birds, although several virus strains cause this disease.

This virus attaches itself to a chicken’s digestive tract, reducing the bird’s appetite. This virus also depletes your birds from the nutrients they need to remain active.

Even worse, the disease can make your chickens blind. That’s why calling an avian vet to check your flock can help diagnose Avian Flu before the viral infection causes eye swelling and other severe health problems.

Sneezing and coughing are some of the apparent signs that your chickens could be having Avian Flu.

Chairs with Avian flu sneeze and cough frequently because the viral infection causes lesions in a chicken’s lungs, forcing the chicken to sneeze and cough due to discomfort in its respiratory tract. Avian Flu also causes inflammation and congestion of the lungs and trachea.

Decreased egg production is also a common sign of Avian Flu in chickens. The viral infection can also cause infertility in poultry. The virus causing this condition can affect a hen’s ovarian tract, ultimately affecting egg production.

Avian Flu also makes hens lay low-quality or soft eggs because it weakens eggshells. Acute Avian Flu can make your hens cease laying even after the birds are lucky to recover from the infection.

Chickens can be lethargic for different reasons, such as parasite infestations, molting, and weather changes. However, acute lethargy can be a symptom of Avian Flu. Signs of illness and stress also accompany lethargy in chickens with Avian Flu.

Chickens with Avian Flu are also inactive, unlike other healthy birds. The sick birds spend most of their time resting and barely move, even when you open the cage to feed them. That’s why an avian vet should investigate whether your birds have Avian Flu if the birds show signs of lethargy.

Bloody diarrhea is an apparent sign of Avian Flu in chickens. The young chicks in your flock are most likely to have diarrhea due to Avian Flu because their digestive systems are weaker than those of adult chickens.

Avian Flu can lead to the sudden death of chickens. The disease can kill your birds within hours if you don’t treat them for acute Avian Flu. Avian Flu can have multiple viruses such as H5, H7, and H1-16.

These viruses are lethal for birds like turkeys, ducks, and chickens. They can cause untimely death in your chickens. If some chickens in the flock die unexpectedly, it’s good to investigate whether your flock has a possible Avian flu outbreak.

What to Do if Your Chickens Have Bird Flu?

The best thing to do once your birds get Avian Flu is to identify the sick birds and quarantine them to counter the spread of this disease. Seek treatment for such birds from an avian vet to ensure the viral infection doesn’t become severe, ultimately killing your flock, one bird after the other.

Disinfect everything, including shoes, equipment, and crates, to keep the virus at bay. Dispose of dead chickens if you suspect they are dying of Avian Flu. Furthermore, disinfect the coop and other places your chickens frequent.

Most importantly, keep your chickens indoors if some flock members have Avian Flu to ensure the ailing birds don’t transmit the disease to other chickens near your premises. Contact an Avian vet to administer treatment to the sick chickens because Avian Flu is a lethal disease that needs a rapid response.

Can You Treat Avian Flu in Chickens?

Thus, protect your flock from the deadly disease because the treatment might not save your birds from dying of this disease. Furthermore, chickens can recover from Avian Flu, although they remain potential disease carriers.

How to Avoid Avian Flu and Protect Your Flock? 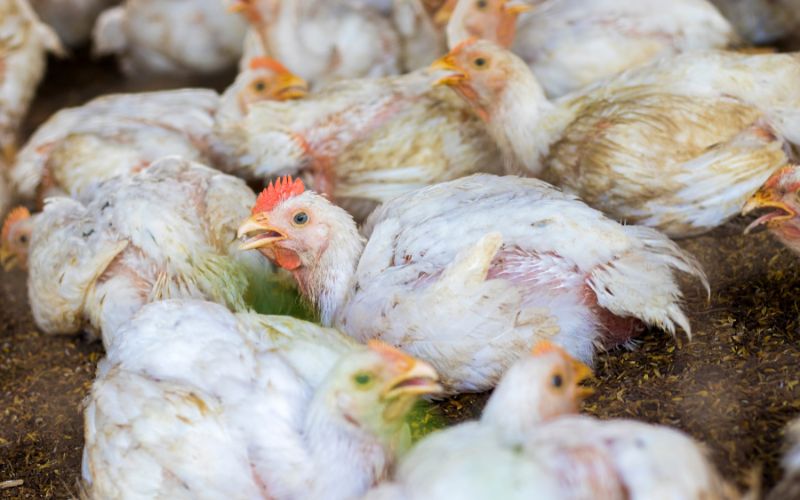 Keep Your Flock Away From Places Frequented by Wildfowl

Consider keeping your flock indoors, especially during high-risk times during the annual bird migration. Migrating wild birds are potential carriers of the Avian Flu and are likely to infect your chickens with this deadly viral infection.

Ensure wildfowl have no access to your flock if you can’t keep it indoors. Also, ensure wild birds can’t access your chickens’ water and feed sources since they will contaminate them with Avian Flu.

Get chickens from verifiable sources if you want to add a few birds to your flock. The new birds you seek to introduce to your flock could have Avian Flu, which will spread rapidly among your flock.

Request an avian vet to check the new birds for Avian Flu before you add them to the flock. You can quarantine the new chickens for at least two weeks before adding them to your flock. Only add the new birds to the flock once you are certain they are healthy and disease-free.

It’s good to disinfect your home, especially if you get reports of possible Avian flu outbreaks. Clean and disinfect the coop after every two weeks to kill the viruses that cause Avian Flu.

Wash your hands after contacting the birds. Remove any clothing or equipment from the cage and disinfect it thoroughly before putting it back into the cage.

Dispose of Dead Birds and Manure

Dispose of any dead birds from the cage following the relevant local guidelines. Furthermore, dispose of manure because the virus causing Avian Flu could be in the waste.

Most importantly, report illnesses and chicken deaths to protect the other flocks in your place after noticing the first few cases of infection.

Implement Measures to Counter the Spread of Avian Influenza

Have a monitoring system to help detect cases of Avian Flu in your flock. Furthermore, implement biosecurity measures to combat the spread of the virus.

For instance, you can safely and humanely cull the affected chickens in your flock to ensure such sick birds don’t spread Avian Flu to the healthy chickens.

Have Control Over The People Who Have Access to Your Flock

Although humans usually can’t get infected with the Avian Flu, they are potential carriers of this disease (source).

Therefore, control the people who have access to your flock because they could be carrying the virus and spreading it to your flock without your consent.

Reduce human movement to and near the places where you keep your flock. Change your clothes after and before contacting your flock. Also, ensure everyone who visits your home washes their hands or changes their clothes before getting close to your flock, especially if there are confirmed cases of outbreaks in your area.

Vaccination can be a great strategy to protect your chickens from Avian Flu, especially if you use it alongside other Avian flu control methods. Vaccination helps reduce the risk of birds contracting this disease. Vaccinating your chickens further ensures they are less likely to get Avian Flu from wild birds.

An avian vet can help vaccinate your flock to ensure it isn’t susceptible to Avian Flu. Vaccinate the birds at least once a month even if there aren’t necessarily any Avian flu outbreaks in your area.

Avian Flu is a deadly viral infection that kills chickens, ducks, and turkeys. The viral disease is highly contagious and thus it can spread rapidly among your chickens. You can protect your flock from this disease by limiting its interaction with wildfowl and also vaccinating the birds against the disease. 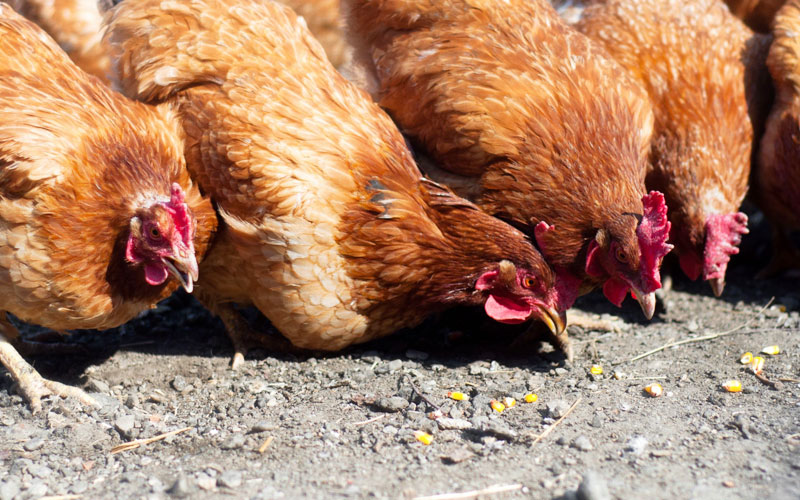 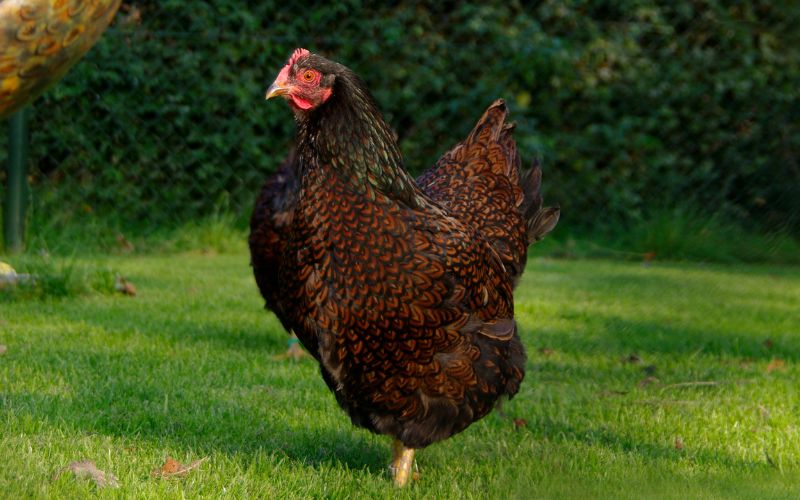 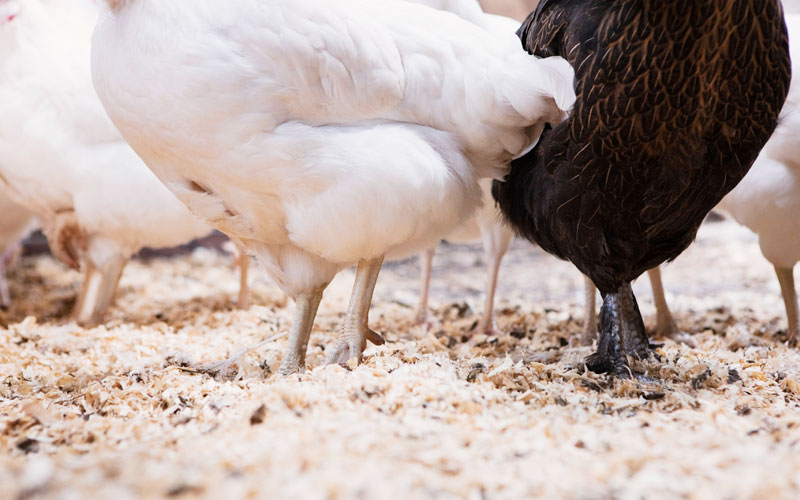 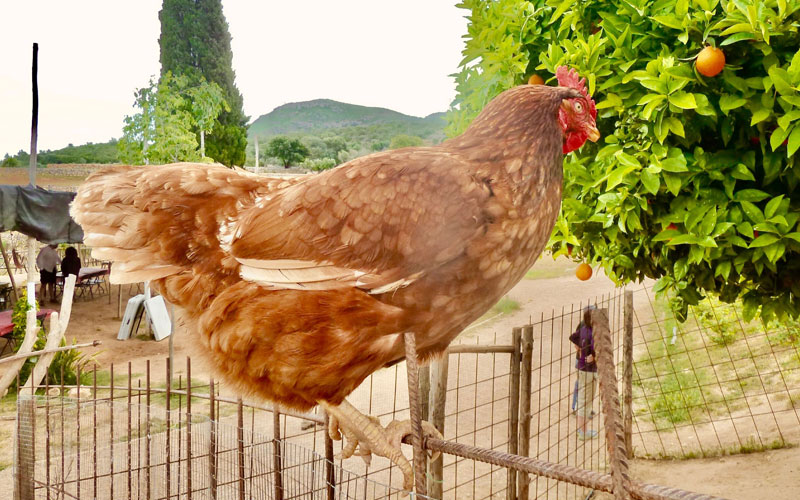