The Cape Barren goose is among the largest geese species in the world. The pale gray goose has a unique small head and a bulky body. Prevalent in South Australia, the Cape Barren geese are some of the rarest geese in the world, although they are becoming increasingly popular in recent years. 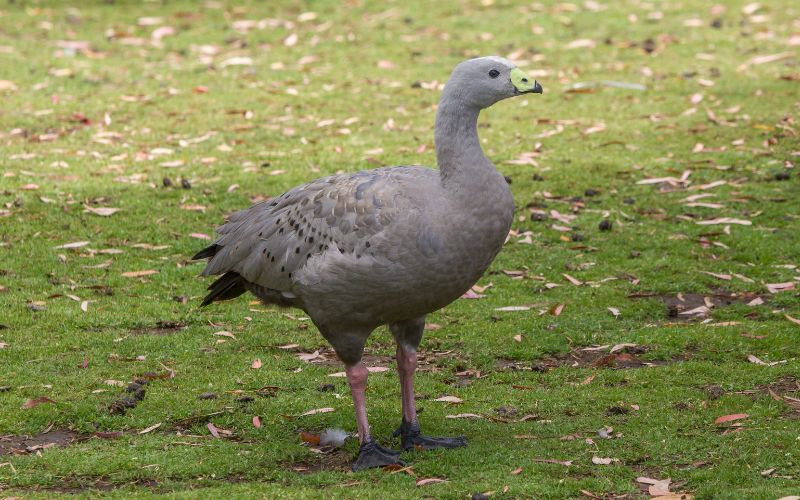 They have a unique appearance, thanks to their gray plumage and round black spots. Wild Cape Barren geese live near water bodies such as dams, rivers, lakes, lagoons, and swamps. These birds are capable of thriving in confinement and free range.

History of The Cape Barren Goose

The Cape Barren goose is an exotic goose breed native to Australia. Cape Barren geese are prevalent throughout South Australia, Western Australia, Tasmania, and Victoria. They are also common in various offshore islands throughout the world.

A hybrid version of these geese arrived in New Zealand in the 1800s. John Latham, an English ornithologist, brought these geese to England in 1801, and they have since become popular across Europe and the Americas. 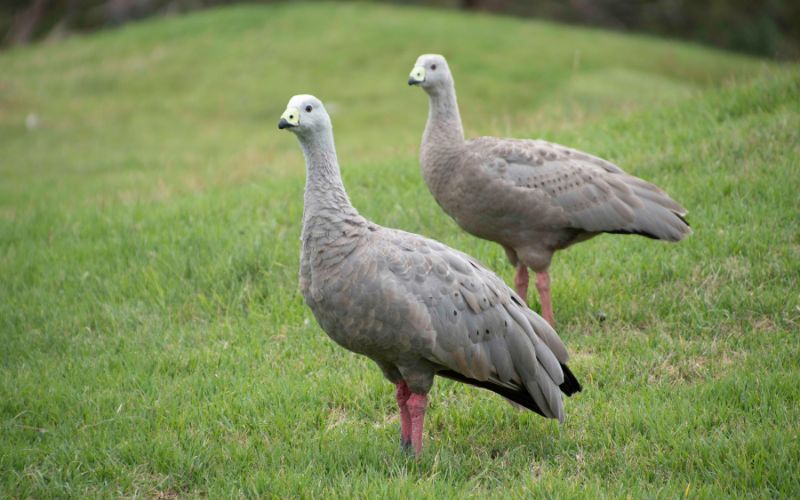 The Cape Barren geese are huge blue-grey birds. These geese have white feathers on their heads and dark wingtips. They have short bills with large yellow ceres, giving them peculiar expressions. They have black feet and pink legs.

Unlike other geese, these geese don’t have a large webbing on their feet, making them capable of spending plenty of time on land.

The Cape Barren geese are gregarious and shy when alone and around humans. However, these geese are comfortable with other flock members and their owners. Their ease of confinement makes them quite popular among geese raisers.

Furthermore, the Cape Barren goose has fairly good breeding compared to most geese breeds. These birds are territorial and will fiercely defend their goslings and nesting sites against intruders.

Cape Barren geese can be quite aggressive, especially during the breeding season. These geese like to live in pairs, which later form large flocks comprising over 300 flock members.

The Cape Barren Goose is a hardy, free-range bird that can thrive both in confinement and free-range. It also has a fairly long lifespan compared to other breeds because it can live for over 17 years in captivity.

Nonetheless, wild Cape Geese barely live for ten years because of the many threats they are vulnerable to in the wild, including predation and diseases.

The Cape Barren Goose is a seasonal layer and thus not a reliable egg producer. The egg-laying season for this goose starts in February and extends to the winter months, which is from May-June.

The female lays between 3 and six eggs a week at the beginning of the laying season. However, the number of eggs a Cape Barren goose lays keeps declining as the birds age and approach the cold season. Despite laying a few eggs annually compared to other breeds, these geese lay some of the largest eggs of all the geese species.

Cape Barren geese are some of the best geese to keep for meat, thanks to their large, bulky size. Furthermore, these geese mature fast, and most are ready for the table at around 18 weeks old.

They are some of the best geese to keep for meat, especially in commercial meat production. Ganders are particularly terrific meat producers because they are larger than females.

Moreover, ganders grow quite fast, making them superb meat producers. Females also make fantastic meat producers because they are larger than female geese from other species. 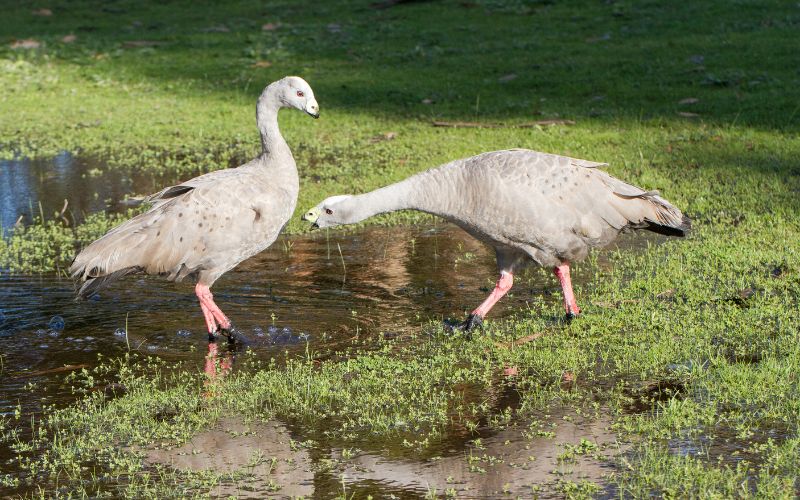 Although they occasionally eat a couple of insects, these geese will never have bugs and insects as part of their diet. Cape Barren geese, instead, opt for plant-based proteins, including legumes such as beans and peas.

Feeding your indoor Cape Barren geese doesn’t have to be a big challenge because you only need to ensure your captive birds have a similar diet to their free-range counterparts. For instance, ensure the birds have plenty of vegetation, including some of the vegetables you grow in your garden.

Some suitable vegetables for your Cape Barren geese include lettuce, chards, broccoli, and cabbage. You can also provide the birds with various types of grass since they don’t have the luxury of eating the grass in your yard when in captivity.

Captive geese need a complete diet that will provide them with various minerals and nutrients. Opting for a commercial feed with a good formulation of multiple nutrients and minerals will help give your Cape Barren geese a nutritional boost.

Cape Barren goslings need plenty of protein, and it helps to provide your goslings with protein-rich foods, especially soft legumes, to ensure they have an adequate protein intake.

Apart from giving your Cape Barren geese nutritious foods, you should ensure they consume adequate amounts of food. A rule of thumb when feeding your geese is to ensure they eat thrice a day.

Regardless of how nutritious the foods you give to your geese are, they won’t help the birds stay healthy if you feed them these foods in limited amounts. Every Cape Barren goose should have ample food, irrespective of the number of geese you have in your flock.

Furthermore, it should be predator-proof to deter dogs, raccoons, weasels, and other predators that kill Cape Barren geese. Most importantly, ensure the pen has proper ventilation, especially during the hot summer. 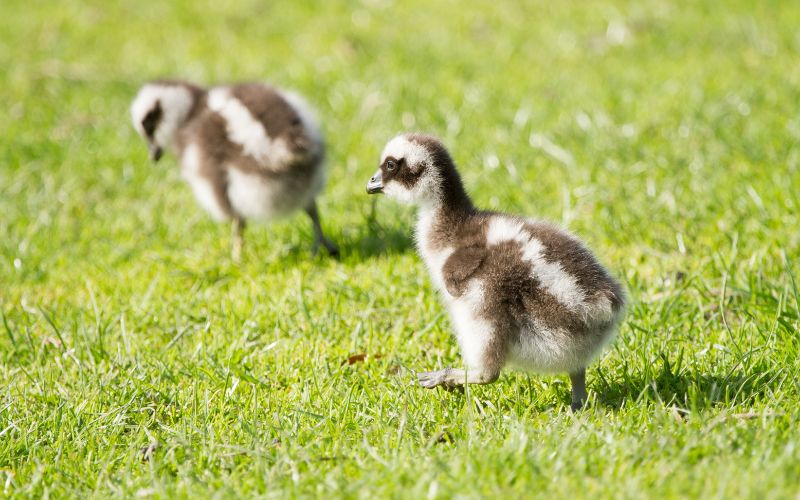 How Much does Cape Barren Goose Cost?

Although there are exotic birds, Cape Barren geese are some of the cheapest. Adult geese usually cost around $35, although females, especially egg-laying females, can cost up to $50 per bird. Cape Barren goslings cost anywhere below $15 per gosling.

However, the price of these birds can vary significantly depending on where a goose raiser is sourcing their birds because Cape Barren geese cost more in some areas than in other places.

Yes, Cape Barren geese are good for beginner geese keepers. Furthermore, these geese are suitable for those seeking to venture into either large-scale or small-scale geese keeping.

Although there are some of the largest geese species on the planet, Barren geese aren’t overly aggressive. They, therefore, make a perfect choice of a goose breed for beginners who don’t want to have an aggressive goose species around.

Yes, these geese are hardy and capable of thriving in harsh, cold, and hot climates. Furthermore, Cape Barren geese hardly fall ill and have some of the lowest mortality rates of all the domestic and wild fowls.

Yes, wild Cape Barren geese are known to fly, although not for long distances. Their domestic counterparts are also flighty but are quite docile and loyal to their owners. They will rarely fly away from their homes. Furthermore, their large size discourages them from flying far. 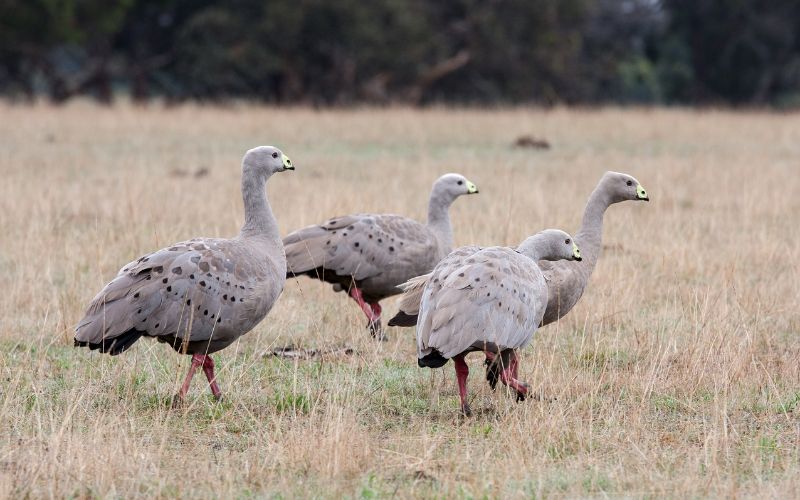 These tips will help you raise Cape Barren geese if you are considering rearing these geese: 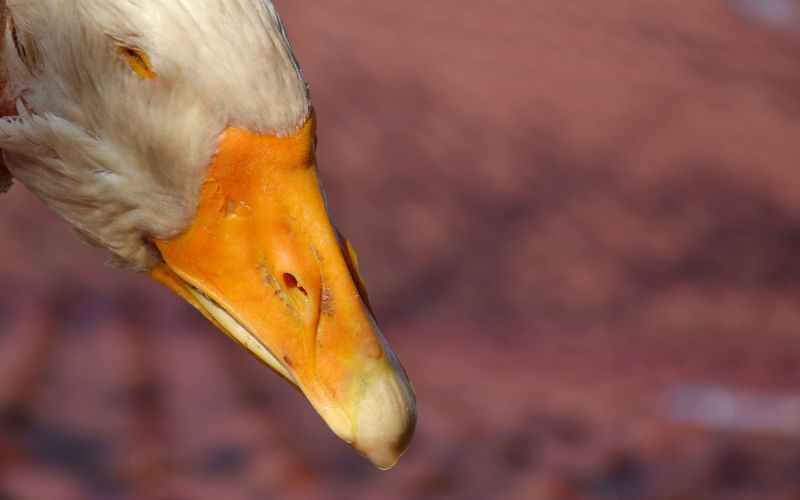 Why did My Goose Suddenly Die? 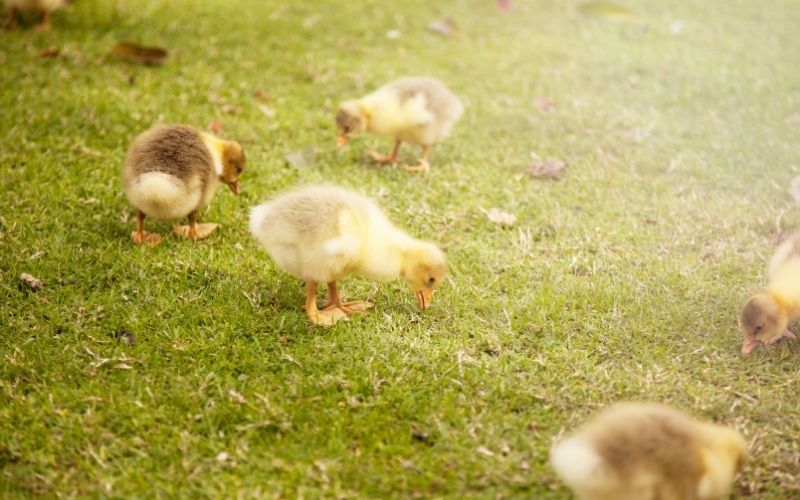 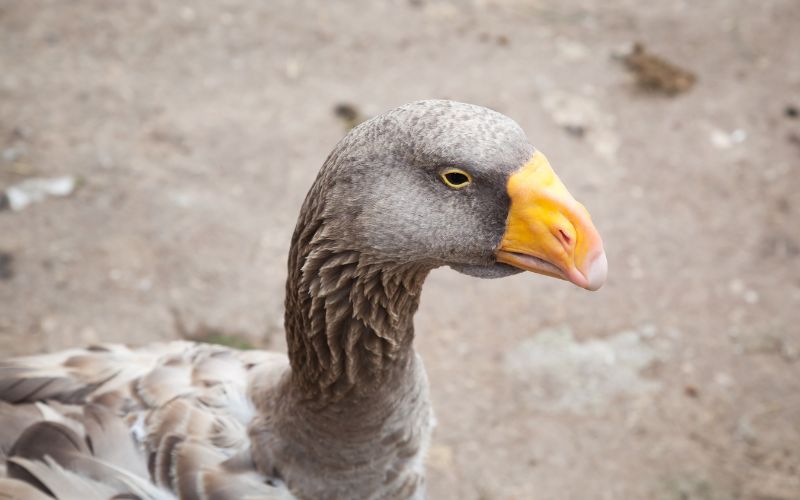 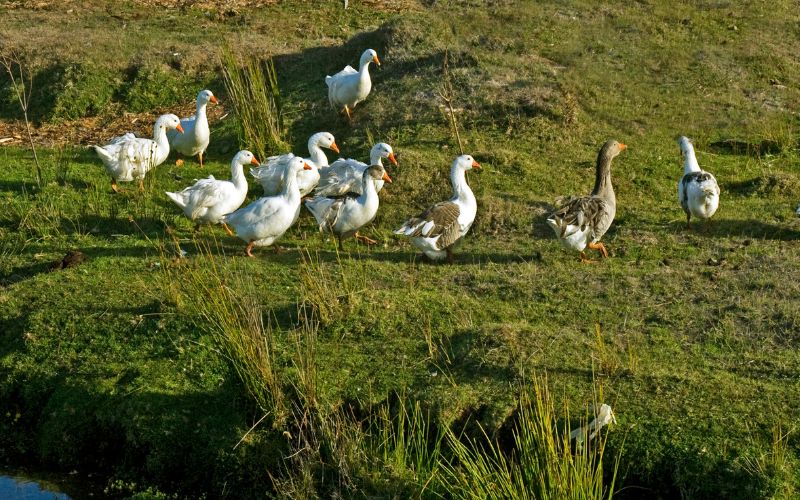 What Is a Group of Geese Called?