Even if experts first introduced Ameuracana chicken in the 1970s, it remains one of the rarest and unique species worldwide. Beyond anything else, the bird is famous for its light blue eggs and pleasant demeanor. In recent times, the least known chicken has managed to catch the attention of devoted breeders and followers.

Of course, a chicken may never display emotions or become cuddly like dogs and cats. However, Ameuracanas are not considered aggressive or hostile either. Therefore, if you are looking for an impressive bird or a comparatively good laying breed, plus a bonus of blue eggs, look no further.

Below is all-inclusive care and temperament guide on how to keep your bird friends contented and healthy.

The origin of the Ameraucana chicken goes all the way to the 1920s in Chile, South America. Back then, one of the ancient tribes known as the Mapuche Indians had two traditional chicken breeds; the Quintero and Collonca.

These birds have been passed over generations from as early as the 1500s. Although it is still not clear on the right timing, the locals bred these two chickens to bring forth the Araucana species.

Unfortunately, the Araucana breed carried a toxic gene that sometimes kills chicks in their shells. Still, the unique gene contributed to the tufted ears in the birds. However, if both parents have the tufting gene, the babies would not make it out of the shell alive.

Thus, gene experts went back to the drawing board and developed the Ameraucana chicken. The main reason behind the innovation was to eradicate the fatal gene but still retain the beautiful blue egg trait.

It was through various experiments and cross-breeding with different birds that Ameraucana was finally created. Eventually, the American Poultry Association accepted the bird in 1984. Slightly earlier in 1979, the American Bantam Association had acknowledged another breed known as Bantam Ameraucana. 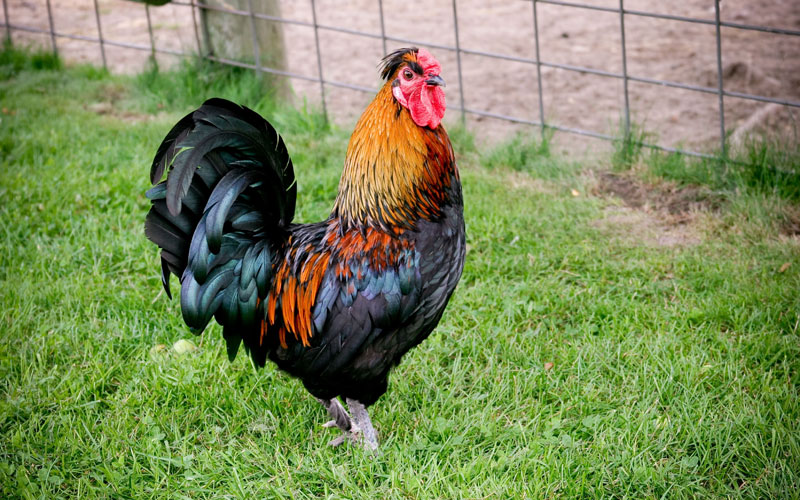 Contrary to other birds, they have muffs and beards, which somewhat make a face appear puffed up. In addition, the reddish bay eyes give the bird a fierce look. They also have a U-shaped tail that curves approximately 45 degrees with the rest of the body. Other distinct characteristics include:

Keep following as we break down other prominent features in the Ameraucana species.

Akin to other chicken breeds, you can find Ameuraucanas either in regular size or full-sized versions. Moreover, there is the Bantam variety which is slightly smaller. A healthy Bantam male chick weighs approximately 1.6 to 1.8 pounds.

On the other hand, the female weighs marginally lower at 1.5 to 1.6. When they mature, the males weigh about 5.5 to 6.5 pounds, while females reach 4.5 to 5.5 pounds. Altogether the weight varies on chicken classification and age, with older birds weighing slightly more. Most species stand at 15 to 18 inches tall.

From the first glance, the chipmunk face on most Ameuracana’s chicken depicts fierceness and hostility. Nonetheless, the looks can be deceiving because the birds are pretty docile and calm. Most impressive is that they enjoy mingling with humans and would be an ideal choice for novice keepers. While they are not cuddly, they are a pleasant sight around the backyard.

Mainly, experts refer to them as intelligent, entertaining, and pretty adaptable in different environments. Unfortunately, they do not go broody easily and do not have the patience to sit on the eggs until they hatch.

Yet, there are few incredible mothers with a very stable temperament that breeds naturally. It is not always advisable to place an Ameraucana rooster near small children because they can become excessively aggressive even to the flock. Still, there are handful species that relates well with other birds and humans as well.

Unlike the weak Araucana predecessor, Ameraucanas have fewer health and breeding issues. On average, they lead an agile life of about seven to eight years. Bear in mind that the birds are not productive for such long durations. Instead, by around five years, you can slaughter or keep them as pets. It is not unusual to hear of Ameuracanas living for up to ten.

To achieve such a long lifespan, the birds most probably come from an excellent genetic line. Additionally, it is possible if you feed them on a special diet and shield them from predators.

Remember that although Ameraucanas are naturally hardy, some species struggle in hostile snow climates. Mainly they do not lay eggs when the temperatures excessively drop. Luckily, the pea combs make them defiant to frostbite.

Even though Ameraucanas do not produce an excessive amount of eggs like some breeds, rest assured that you will get a consistent supply. If you notice your hen producing eggs in other colors, most likely, the bird is not purebred.

Often, an Ameraucana starts laying eggs from around five to six months, totaling about 150 eggs annually. They produce uniformly large eggs while giving more numbers throughout the warm months. If you want a steady supply of eggs in cold months, it is prudent to provide your birds with a warming light and enough nutritious meals.

It is common for the birds to stop laying during the molting season. However, extra care and an efficient light source would most likely improve the situation. Interestingly, when blue eggs from Easter Eggers flooded the market, most vendors hyped them more nutritious. Although these claims have been considered unreal, there is still a considerable percentage of consumers who term them superior.

Although Ameraucanas are considered dual purpose, they are more appropriate for egg production. Given that they are relatively smaller in structure than other meat birds, the final results can be disappointing. Furthermore, they grow comparatively slower, leading to substantial losses on food and other expenses.

It does not cost much to take care of your curious fluffy friend. All you need to keep an Ameraucana chicken happy is a proper diet and a clean environment. Here are basic care requirements you should put in place.

Most likely, your free-range Ameraucana chicken will spend considerable time foraging for worms, insects, garden pests, and specific weeds. You can supplement the diet with kitchen scraps, veggies, and fruits. In hot summer weather, give them iced fruits and vegetables as a snack. Then, add grains, seed mixes, chicken pellets, and chicken mash when the younglings hit eight weeks.

For chicks below eight weeks, feed them on chick starters regularly. Conversely, offer the laying mothers extra calcium and protein to keep them healthy.

Typically, Ameraucana requires excellent shelters to thrive better. Most importantly, place them in a structure that protects them well in various climates. It would not make sense if you cannot access and gather eggs comfortably. Therefore, consider erecting a coop design that does not require you to get inside when collecting eggs.

Moreover, offer your birds ample roaming space or confine them in a large pen. Do not forget the predator threat and always keep watch. In the evening, place them back in the enclosures and lock tightly.

Compared to their parents, the Araucanas, who suffer from a whole load of ailments like Newcastle, respiratory conditions, influenza, and fowl cholera, Ameraucana are relatively healthy. More to the point, bird sicknesses originate from cold weather, poor nutrition, emotional problems, and an unclean environment.

Consequently, it would help if you placed your birds in optimum settings to reduce the chance of contracting any infectious conditions. 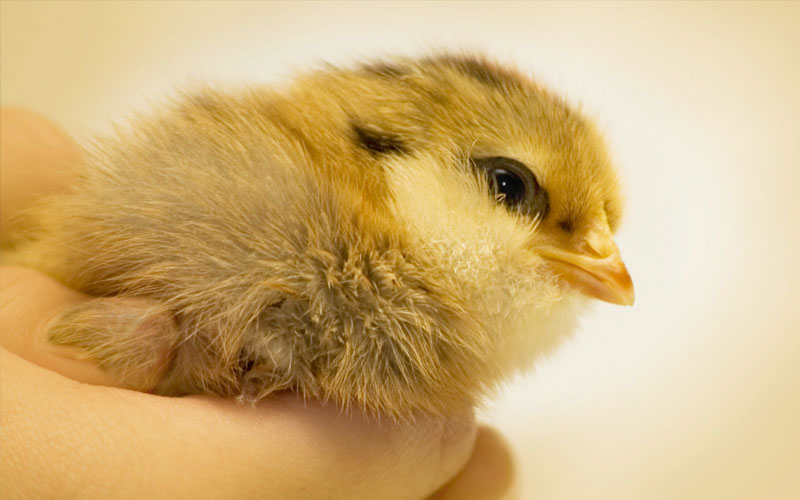 It is not an easy task to breed Ameraucanas naturally because they seldom go broody. For this reason, you have to consider other alternatives like investing in an incubator. Whether your bird sits on the eggs or you use an incubator, it takes roughly 20 to 21 days for the chicks to hatch. If a hen manages to hatch younglings, Ameraucanas make exceptional mothers.

Even if they are not overly aggressive, they can do an excellent job in keeping predators away. Generally, the chicken reaches sexual maturity at about 16 to 24 weeks old. Depending on the strain, others develop quickly or much slower.

All in all, if you want to increase your broad real fast, strive to keep the healthy birds’ way before the breeding process. Note that they can stop laying eggs for a while during the molting season or if your birds become stressed.

A lot of backyard farmers desire to rear the Ameuracana chicken. Unfortunately, it is a struggle to find affordable chicks on sale. Even so, a docile stunning addition in your coop is not a bad idea at all. Not to mention that the gorgeous blue-colored eggs would most definitely add color to your menus. 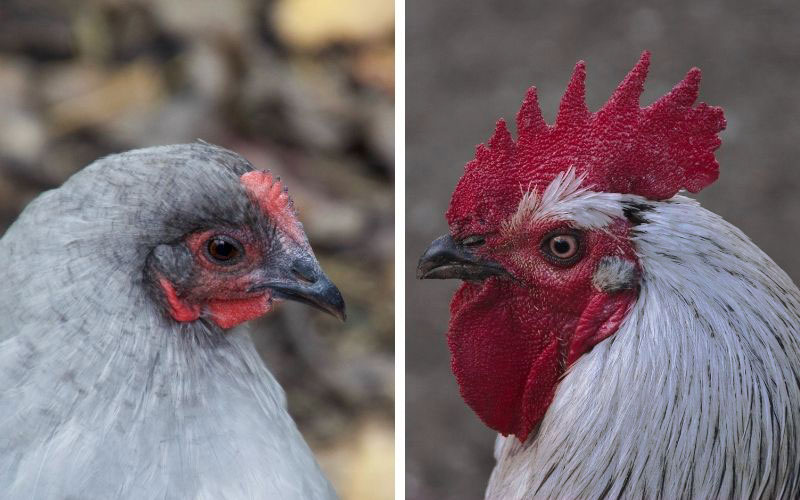 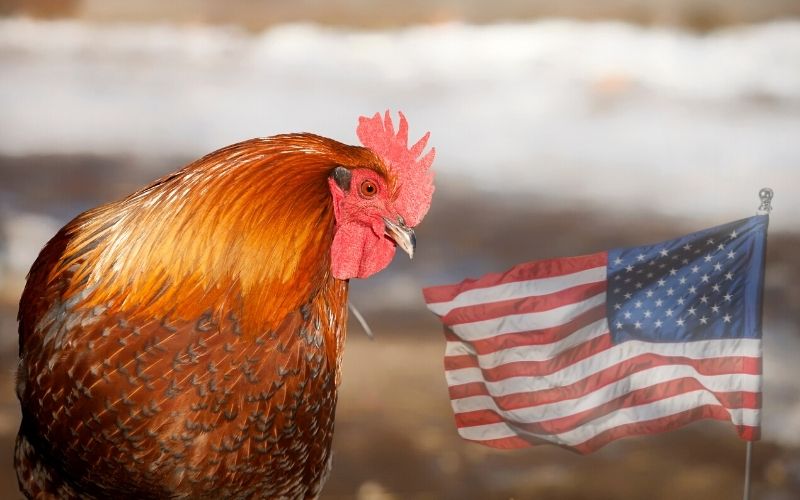 How to Insulate Chicken Coop for Winter? Shamo vs Malay Chicken – What is the Difference?