Learn Poultry » Chickens » How Do Chickens Have Sex?

Chicken copulation is a short affair not marked with loads of emotions. In short, the brutal way roosters grab hen’s comb before mounting falls short from the human romantic sense. Researchers suggest two reasons for this behavior: increased genetic diversity and social hierarchy. Keep in mind that roosters are aggressive in nature and will do anything possible to mount the hens.

In addition, it is an excellent way to show dominance over their favorite mating partners to scare rivals away.

Similarly, hens go all out to copulate with roosters as an indication of fertility. For these reasons, experts recommend a rooster, then a ratio of 1:10 for peaceful coexistence. This article intends to tell you everything you need to know about roosters and hens’ mating.

Do Roosters Mate with Chickens?

Roosters making love to hens is part of the chicken’s daily routine. This happens any time of the day but usually in the early morning, just after sunrise. However, remember that chickens are very selective when choosing a mate. Hence, you may notice a rooster leave a particular hen alone if she shows signs of distress.

Studies show that the social structure in the chicken world is purely based on polygamy. That translates to any male mating freely with other females. However, this does not imply that hens are just sex objects for roosters to use solely as they see fit.

Simply put, copulation in chickens is a survival tactic to maintain a lineage and hierarchy status in the coop. Even so, roosters understand that hens can be selective and respect their space sometimes. However, there are aggressive varieties that never say no as an answer. In such a scenario, never keep your hens with a brutal cock just for the sake.

Do Roosters Have a Penis and Balls?

Roosters have a body part that enables copulation but does not classify as a penis per se. Instead, the sexual organ is referred to as the papilla located inside the walls of the cloaca. Cloaca is a posterior opening for reproductive organs, urinary and digestive tracts in chickens.

You can find it at the base of a tail at the lower abdomen, mostly covered with feathers. Basically, it resembles a tiny bump and nothing in comparison to a penis.

Nevertheless, the organ performs a similar task of allowing semen to pass through. Something else, roosters do not have scrotums but have testes deep inside their bodies. These organs are located around the abdominal cavity near the kidneys and backbone. The two tiny bean-shaped organs consist of several slender ducts which produce sperm. 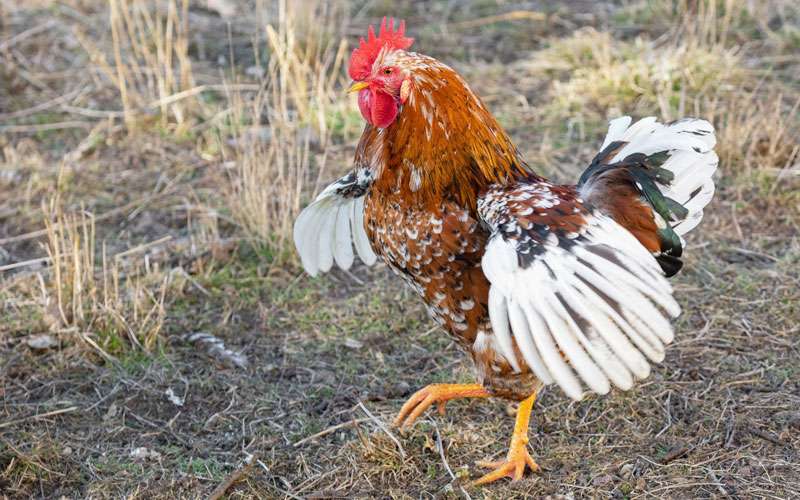 The mating dance of the rooster is an elaborate ritual that involves several steps. The hen will not mate with a rooster who does not pay attention to each of these steps, leading many males to spend hours perfecting their moves. Males use their comb, the red flap of skin that sits on top of their head, to show off and attract hens.

Also called a wattle, it is usually more prominent in roosters than in hens. They also begin crowing, which is very attractive to females and shows their dominance over other males who may want to mate with the same hen.

Males will also drop their wings to the side, stretch out their necks, and use an orbit or circular movement around the female’s head. They do this by sauntering with a stiff gait, sometimes doing what looks like toe touches in the air while clucking simultaneously.

Shy females may run away from aggressive males, but excited hens will closely follow a male’s dance. Once done, roosters mount the hen from behind and hold her with his claws as he releases his seeds.

How Often Does the Rooster and Chickens Mate?

It is common for roosters and hens to mate several times a day. Most healthy cockerels mate their hens at least 10 to 30 times daily. The act lasts for a few seconds to ten minutes, depending on breeds, location, and the birds’ familiarity with each other. Amazingly enough, roosters only become intimate with some hens in the flock and not all.

Given that males are more territorial and active than females, they often initiate the mating process. Keep in mind that the most important thing for a male chicken is to satisfy his ladies. They are cases where roosters become jealous and aggressive over time if they witness other roosters getting it on with their favorite hens.

Limit the rivalry by keeping the offending roosters away from their ladies. Sometimes, rooster aggression happens because of other factors as well. Thus, speak with an expert if the behavior escalates to find the leading cause.

Is It OK for Chickens to Have Sex Every Day?

There is nothing wrong with chickens mating every day. Therefore, it should not be a source of worry when roosters strive hard to seduce the girls in the coop. Nonetheless, keep watch for any injuries on the hen during mating. For example, if you notice that your female chicken has trouble walking or appears exhausted after mating; remove the rooster from the flock right away.

Other signs of injuries include broken wings, defeated postures, and bloody legs.

Remember that females may choose to mate with a specific rooster or none at all. If you want to encourage your hens to breed more often, make them feel safe by reducing stress in their environment. You can do this by providing them with suitable feed, giving them enough space, reducing roosters in the coop, and protecting them from diseases.

Do Hens Get Pregnant After Mating?

The answer to this question is an astounding no. Chickens are never in any capacity capable of becoming pregnant. Instead, roosters fertilize eggs in hens’ oviducts. Once an egg gets fertilized, it takes about 24 hours for the yolk to travel down to the shell gland at the oviduct’s end.

Here, the calcium carbonate gets deposited around the proteins of the yolk. The shell hardens at this point before passing out the hen’s body as a complete product.

If the fertilization process stops somewhere on the way, the hens lay unfertilized eggs, commonly known as “duds” by chicken keepers. The entire procedure lasts about 20 hours or more, depending on the hen species. Take into account that the process starts at sexual maturity, usually around six months old for standard breeds and about half that age for bantam breeds.

Hens go through the reproductive cycle every 21 days. This is an important aspect to consider when planning their coop arrangements because if they continue mating with roosters, there will be a constant supply of fertilized eggs in the nest box.

It’s also important to know when your chickens are going through their reproductive cycle as they can begin to lay as early as 3-4 weeks old. This process is very natural and nothing to be alarmed about if your hens do not lay fertilized eggs. 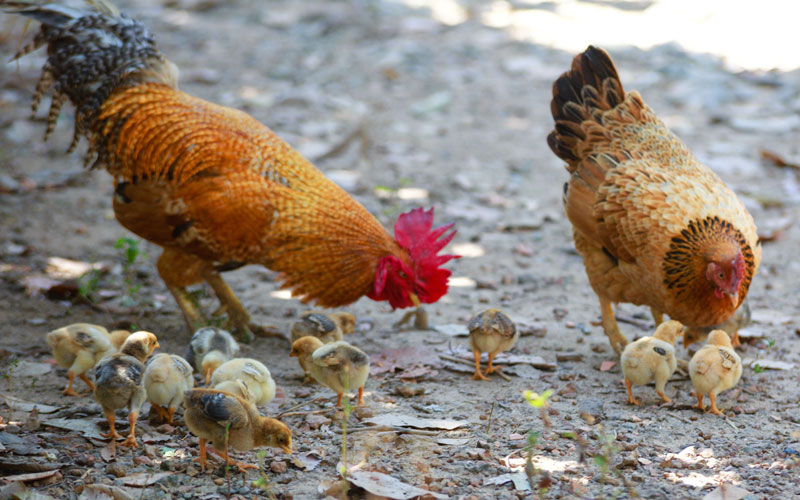 Do Chickens Have to Mate to Lay Eggs?

Absolutely not! As a matter of fact, this is the biggest misconception that exists when it comes to chickens. Hens don’t have to mate with a rooster to lay eggs! The process of laying an egg takes roughly twenty hours, but it starts even before that.

The egg begins in the oviduct when a hormone triggers another egg to start growing. Soon after, and approximately seventeen hours later, the egg comes out. With a rooster present, you get an opportunity to get fertilized eggs.

Undoubtedly, there are several advantages of fertilized eggs on your farm. The silver lining is that they hatch into chickens and expand your flock. You also get a chance at owning rarer breeds of chickens.

On the contrary, fertilized eggs are usually less viable than those laid without a rooster present because hens and roosters may have reproductive issues. In addition, an aggressive rooster can trigger stress in a female bird affecting egg production eventually.  You may notice that hens tend to be a lot calmer and more laid back without a rooster present.

Based on this information, you can choose whether or not you want to hatch or raise chicks. If you want a steady supply of eggs, a rooster in the coop is not a necessity.

There is nothing as beautiful as the mating ritual in the backyard. In reality, it is a fascinating phenomenon necessary to pass genes. It is the role of a chicken farmer to ensure that the entire process is worthwhile and safe for female chickens. If so, the birds should be perfectly fit and healthy.

The bottom line is only to allow your fowls to mate if you need fertilized eggs. Still, if you want to raise roosters as part of your flock, keep them separate from the hens. 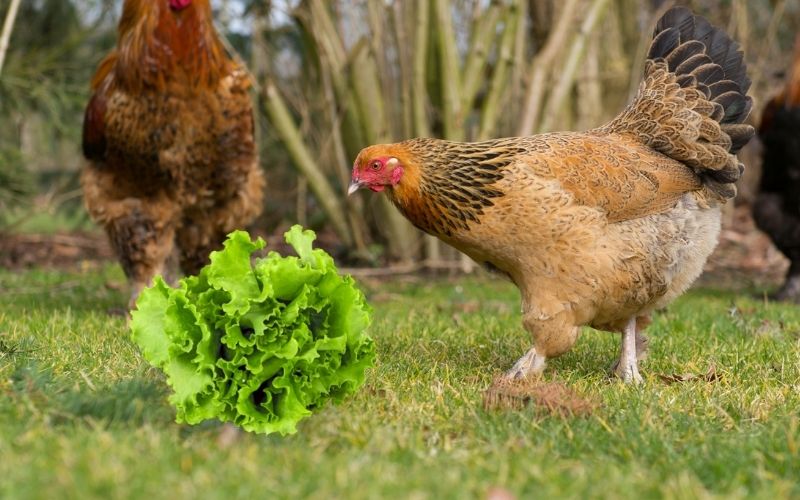 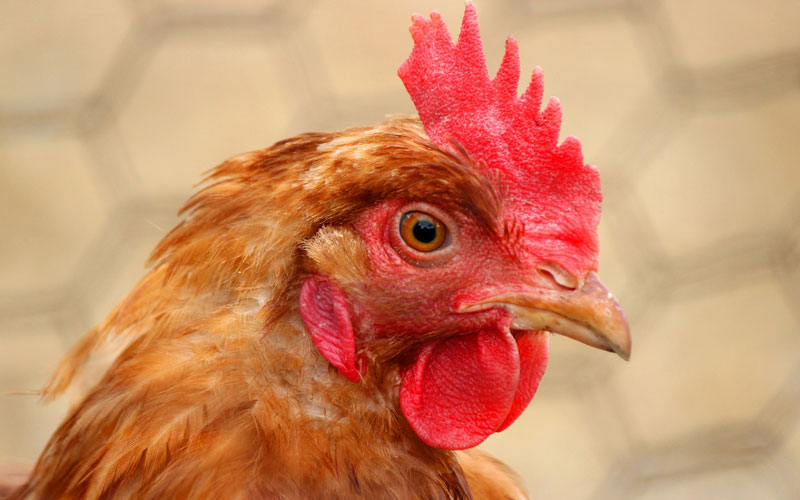 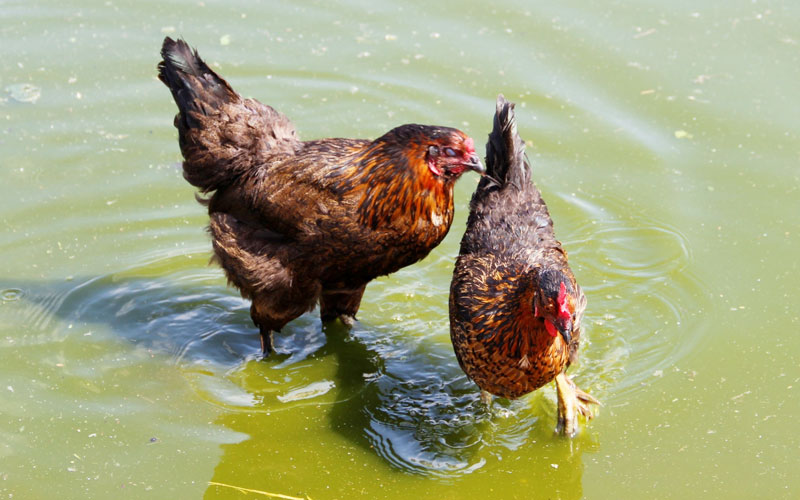 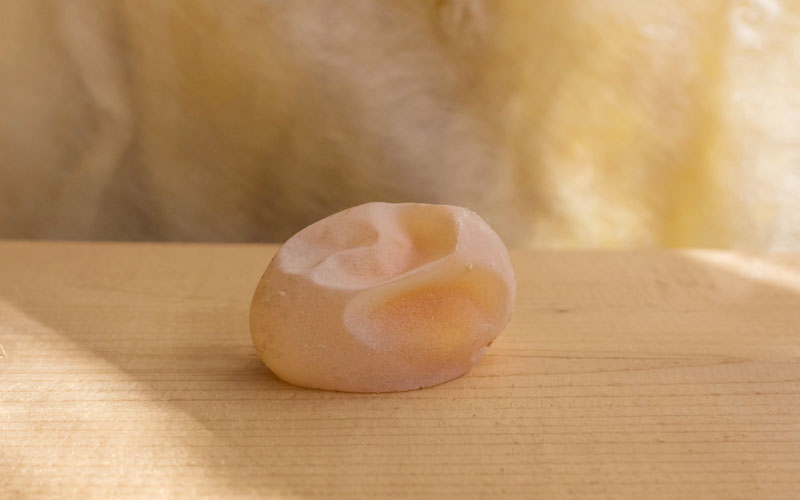 Why do Chickens Lay Soft Eggs?