Roosters can be aggressive, unlike hens which are pretty docile. They perceive themselves as the defenders of the flock, prompting them to be aggressive to prove their dominance. Roosters are aggressive for various reasons. 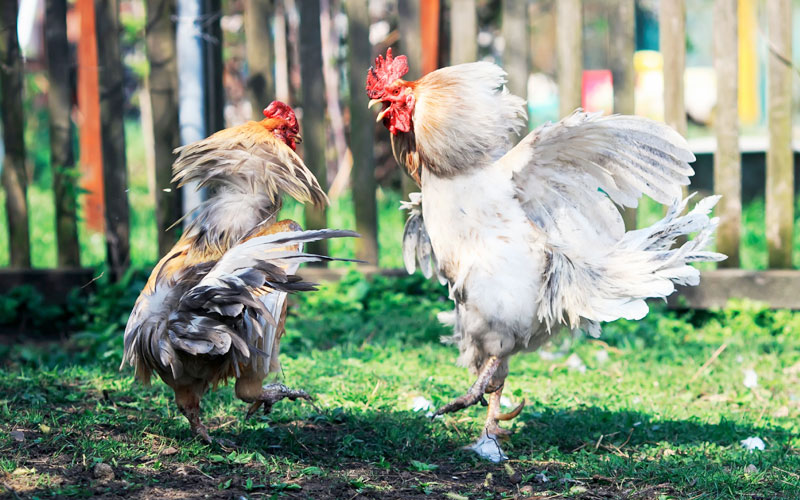 Roosters always keep an eye on the flock, and they are always capable of detecting threats. Their aggression kicks in once they notice the presence of predators such as cats or dogs due to their protective instincts.

For the most part, roosters spend most of their time protecting the flock from predators. If your rooster is aggressive, he is most likely playing his protective role.

Many roosters reach sexual maturity between five and six months, although some rooster breeds reach maturity much earlier. The hormonal rush in their bodies can make these birds aggressive, particularly towards other younger roosters.

If your young rooster has suddenly become aggressive, he is likely reaching sexual maturity, and the hormonal changes in his body are making him aggressive.

Overly, roosters have natural fighting instincts that make them aggressive and hostile towards other roosters. Thus, have fewer roosters in the flock to discourage constant cockfights.

Can You Tame an Aggressive Rooster?

– Understand the Cause of Aggression

– Socialize with Your Rooster

A happy rooster is less likely to be aggressive. Roosters usually become aggressive when fighting over food, mates, and space. If your rooster gets everything he wants, he will be happy, and aggression won’t set in your rooster.

You can tame an aggressive rooster by providing him with more living space to keep him happy.  Alternatively, you can let the rooster go outdoors for a while. The things the roster sees outdoors will distract him from getting aggressive.

– Give Your Rooster Treats

Reward your rooster each time he ends his aggression. Rewarding the rooster will help keep his aggression at bay. Some lovely treats to lure your aggressive rooster include sunflower seeds, mealworms, raisins, and oats.

You can encourage the rooster to eat the treats from your hand, which is an excellent way of interacting with your aggressive rooster.

Keep an eye on your rooster to know when his aggression kicks in. Check how the rooster interacts with other flock members. Also, you can separate the aggressive rooster from other chickens, especially if there are other roosters in the flock.

Install a barrier in the chicken coop using wire mesh to keep the rooster away from other chickens, particularly rival roosters. Alternatively, have a separate cage for the aggressive rooster if his aggression gets out of control.

– Introduce More Hens in Your Flock

The presence of hens will distract the rooster from fighting with other younger roosters over hens. Ideally, the best ratio should be four hens for every rooster. The more hens you have, the happier the rooster will be, and the chances of the rooster showing aggression will be pretty minimal.

Which is the Most Aggressive Rooster Breed?

Circumstantial evidence shows that all roosters are aggressive, although some rooster breeds are more aggressive than others. The Asil is probably the most aggressive breed. Native to Asia, this breed is specifically suitable for cockfighting.

It doesn’t get along with other chicken breeds, and it can fight rival cocks to death. Other aggressive rooster breeds include Old English Game and Malay.

Which is the Most Docile Rooster Breed?

While most rooster breeds are aggressive, some breeds are incredibly docile and less likely to exhibit aggression. Some of the least aggressive and docile breeds include Australorp, Welsummer, Bantam, and Brahma. However, there are always occasional bouts of aggression, even among these docile breeds.

Roosters are aggressive and always ready to fight with other chickens and humans. That notwithstanding, roosters are great birds thanks to their ability to protect other members of your chicken flock from predators.

Establish the cause of the aggression in your rooster immediately and deal with the cause before the rooster becomes exceptionally aggressive. Furthermore, avoid factors that can potentially make your rooster aggressive in the long run. 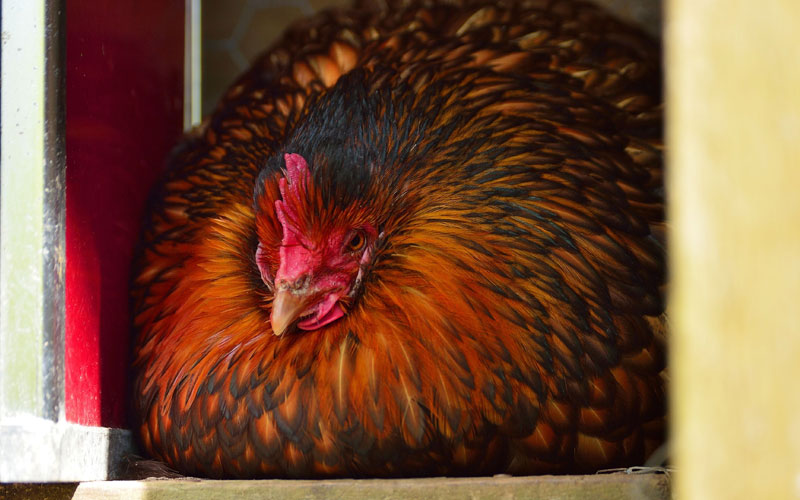 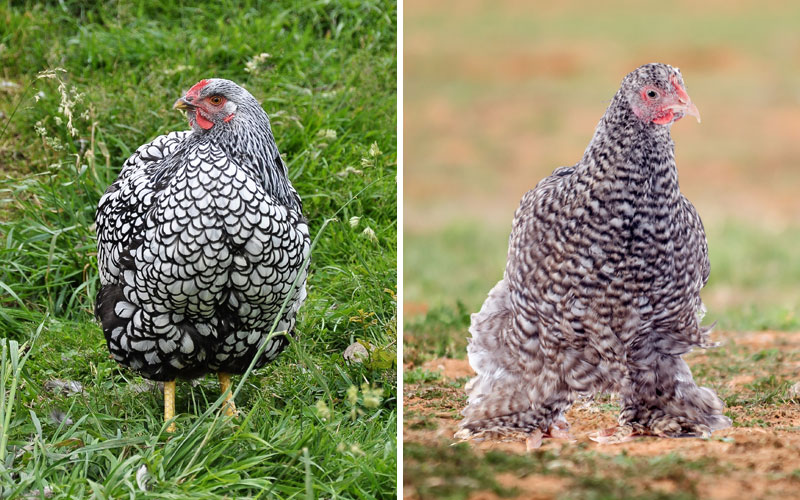 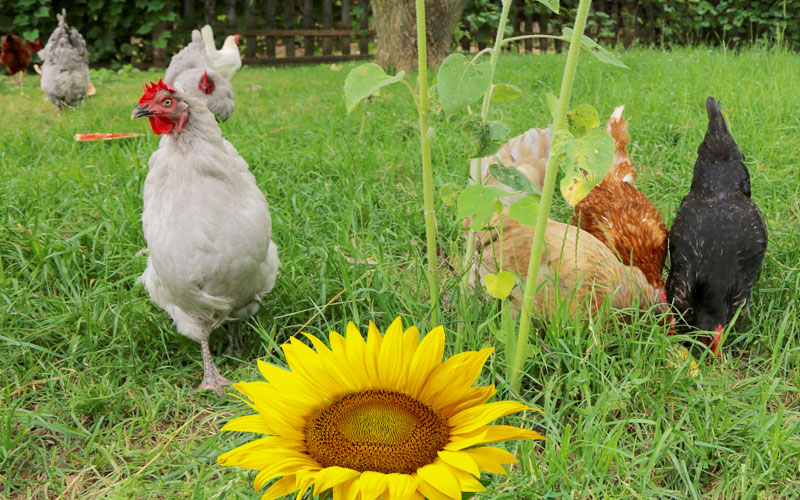 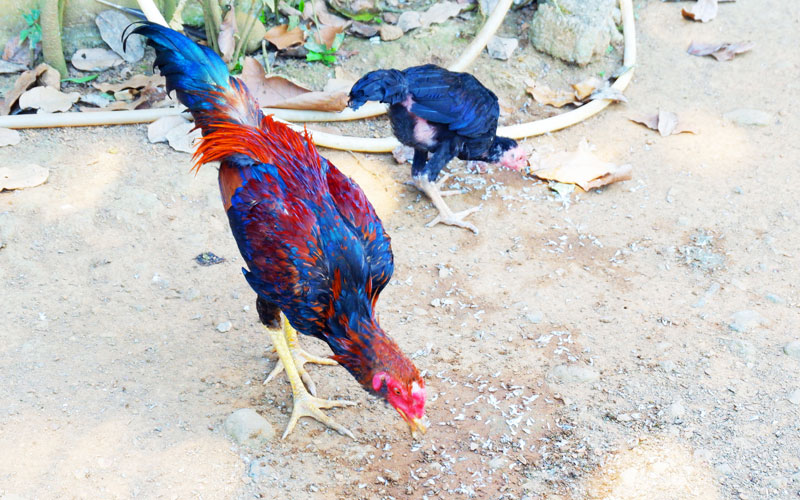 I rescued a rooster someone used for fighting. I’ve had him about 3-4 months. I brought him in every night and kept him in a box in my patio and in the morning take him out in my backyard. When I was in the backyard yesterday he just came after me and became aggressive. This morning when I took him out he pecked at my hand. I don’t know what caused this change.
Any advise?