Nowadays, people are choosing to grow their food to ensure that they will only consume healthy ingredients. In the past, this meant fruit trees and vegetables. One of the many things being seen even in small backyards is chicken. 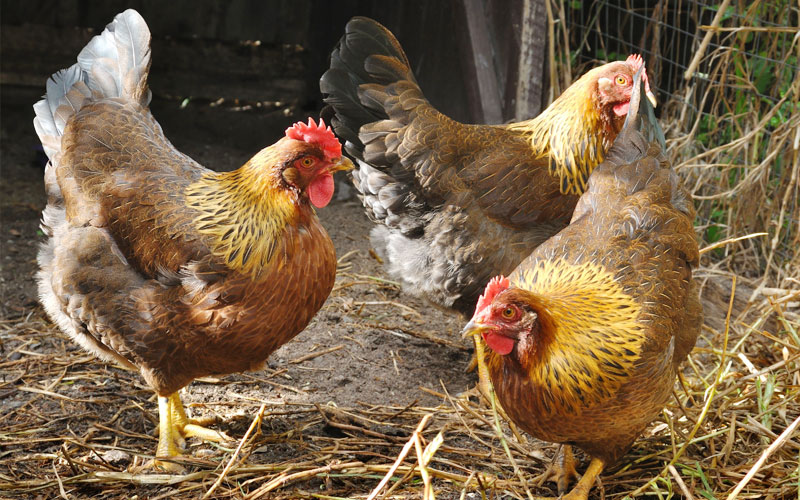 With these chickens, you have a good supply of eggs and meat. However, the quantity of products you will get with chicken depends on the breed you choose.

Welsummer chickens are quickly becoming quite popular worldwide as people understand the breed. If you have come across it and are wondering how well it suits your chicken rearing lifestyle, here are a few guidelines on what to expect.

Welsummer chicken came into existence about 100 years ago. The breed was created as a dual-purpose chicken around Welsum, a village near Deventer in the Netherlands. The Netherlands is the origin of most landrace varieties.

Some like the Partridge Cochin, Partridge Leghorn, Rhode Island Red, and Partridge Wyandotte were bred with standard chickens to make the Welsummer breed.

The Welsummer chicken debuted at the World Poultry Congress in Hague in 1921. The early specimens of the Welsummer chicken were distributed around England from where they were exported to the U.S in 1928. There is a statue of this bird breed at Welsum as a memorial to its creation there.

The Welsummer chicken has one bright red comb with five points, while the feet have four toes each. Its standard color is red partridge. The skin and shanks of this chicken breed are yellow while their eyes are reddish bay. Their feathers gleam in the sunshine, with the birds standing upright because of their flat, long backs.

The following are the other characteristics of Welsummer chicken to help you differentiate it from similar ones you might come across.

Welsummer birds are considered among the best free-range foragers among layer breeds. Though they are classified under lightweight breeds, the roosters weigh around 7-8 pounds, while the hens weigh 5-6 pounds. They are often described as compact birds. Thankfully, Welsummer chickens are somewhat well-muscled despite their small sizes.

If you are looking for friendly, docile, and calm birds, Welsummers are your answer. These birds fit in rural and urban settings. They do not mind being picked, but they do not exactly lap chickens.

If you have children, it is prudent to supervise their interaction with the birds to prevent feather pulling that can cause the birds to peck at them.

Welsummer chickens are intelligent and curious, so always ready to explore new things. Though they love roaming, they tolerate confinement well. They are non-aggressive and can thus be kept with other breeds.

Though peaceful, the birds can fight back when aggravated. Owing to their ease of handling and low maintenance, Welsummer chickens are ideal options for beginners.

Welsummer birds are mid-level noisemakers. When excited or when they want something from you, the chicken will get quite loud. They will settle down after you have fed or greeted them.

Moreover, Welsummer chickens are quite noisy when being bothered. The noise makes them a less-than-ideal choice for people who have close neighbors.

The Welsummer chicken breed lives for 6-9 years with optimal care. It reaches maturity at 21-24 weeks. 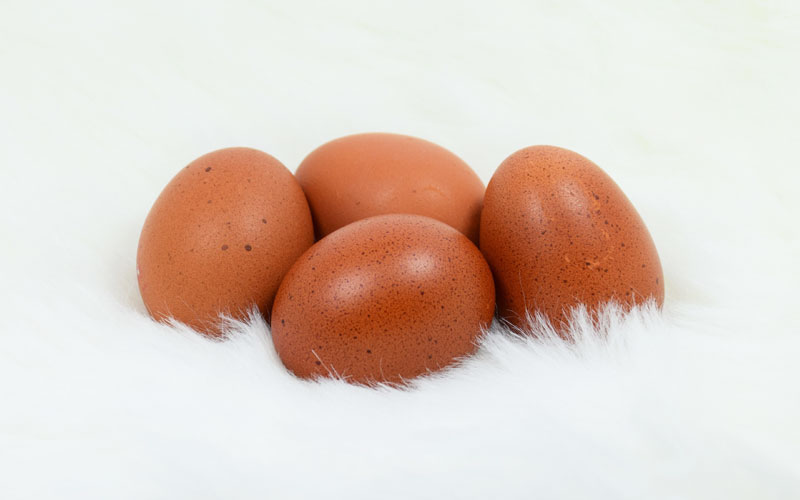 Welsummers are renowned for the production of large dark brown eggs. The color of their eggs comes from a substance called porphyrin, a dye type applied to the egg while passing through the oviduct.

However, the gland that produced porphyrin might not always keep up with the production of eggs. As such, the eggs a Welsummer lays often get lighter in color as the laying season progresses.

The eggs produced by fully-grown Welsummers weigh 2.3-3 ounces, while bantam hens produce eggs weighing 1.4-1.6 ounces. There is variation in the number of eggs you can expect from your hen annually.

Welsummer chickens often lay from 160-250 eggs annually. In general, you will get more eggs when you have a “purebred” Welsummer.

Welsummers are seasonal layers. They usually stop or drop their egg production during winter, and then the production picks in spring. The birds are rarely interested in incubating their eggs, and most are disinterested in mothering chicks.

Though Welsummers are dual-purpose birds, they are primarily kept for egg production. However, as meat breeds, they grow slowly and thus have longer healthier lives. Their flesh is tasty and tender.

Welsummer chicken for meat is ready for harvest when the bird reaches 8-9 weeks. The ideal rooster weight at this time should be 7 pounds, while hens should be 5.5 pounds.

To get all the benefits of your welsummer chicken, you should take care of it. Below are a few guidelines on handling various aspects of their care.

Thankfully, Welsummers are low-maintenance birds that do not need a lot of laying mash to be healthy. Give them enough space and time to forage. This way, they can get enough food for their nutritional needs and exercise.

Feed your welsummer chickens on a crumble containing at least 20% protein during the first sixteen weeks of life. When they reach egg-laying age, change to a 16% layer feed, crumble, or pellets.

If the hens want oyster shells, get a separate container for these. Oyster shells help the birds improve their bone health and eggshell quality. When you start feeding Welsummers on greens and food outside the regular feeds, include insoluble grit in their diets. This aids in the digestive process. Remember to always have fresh, clean water available for your birds.

Welsummers are standard-sized birds meaning that four feet per chicken will be enough for them. They are peaceful birds but if your flock is mixed, give the birds not less than six square feet space for each chicken to avoid fights.

Roosters do not mind being so close to their neighbors but leave 8-10 inches of roosting space between your birds. This is enough for them to spread their wings.

For nesting boxes, get 12×12 boxes for your Welsummers. The birds prefer laying in boxes rather than open spaces, so get enough boxes for them. The chickens are often kept in cool climates but can also thrive in warm environments, provided your coop is well-ventilated.

Since Welsummers are good foragers, have enough roaming space for them. Though their partridge plumage offers some camouflage from predators such as hawks, Welsummers are also predator savvy, so they will not wander too far from their flocks.

If you keep them in a run, have 8-10 square feet of space per bird to forage. Include things like a dust bathing area, cabbage piñata, leaf piles, and dirt to hold the birds’ interests.

Welsummers are not predisposed to specific health issues. However, like other birds, they are prone to parasites like mites and lice. Therefore, your birds should be regularly checked for these parasites. A few people routinely treat their Welsummers for parasite infestation though most only treat when necessary. Either option is ok.

Worms are also common issues among Welsummers. To check if your bird has been infected, take periodic fecal samples to a vet. This gives an idea of your chickens’ worm loads, so you know when to treat them. Alternatively, you can offer routine worm treatment.

Though Welsummers thrive in cool climates, the large combs of roosters can cause problems when raising the birds in freezing temperatures because they predispose them to frostbite. In cold climates, your coop should be well-insulated to protect your birds from frostbite. A few farmers apply protective petroleum jelly on their roosters’ combs. 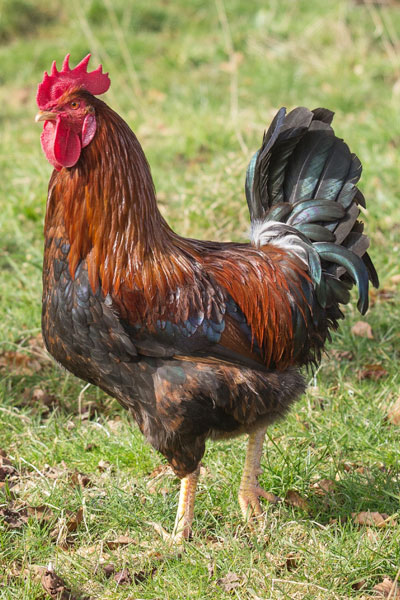 Female Welsummer chicks have darker brown stripes running along their backs compared to male chicks. Moreover, these stripes run-up to the heads of the females. In males, the stripes end at the neck with only a dot of color on their heads.

With the information you now have on Welsummers, your question might be whether or not the breed will work for you. If you want dark brown terracotta eggs, these chickens should be your first choice.

Moreover, they have a good amount of tasty meat so you can slaughter them for your table if you so wish. British Prince Charles kept Welsummers for many years and was the patron of the British Welsummer Club. If this chicken breed is good enough for a prince, you are sure it will be a good choice for your coop. 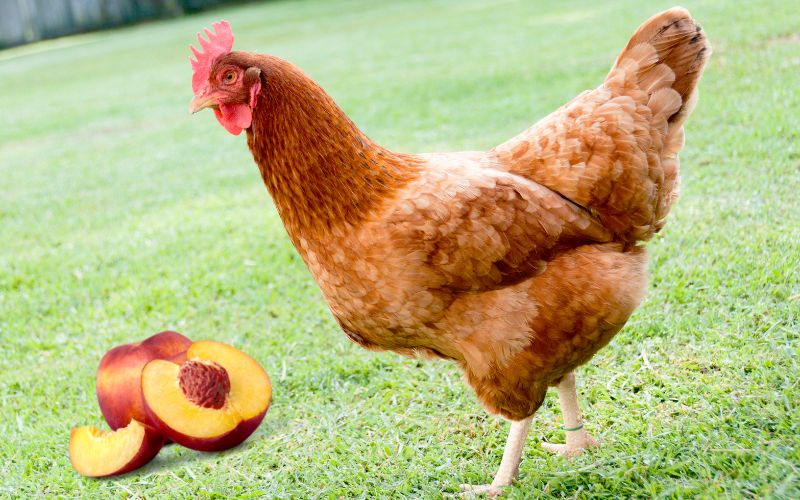 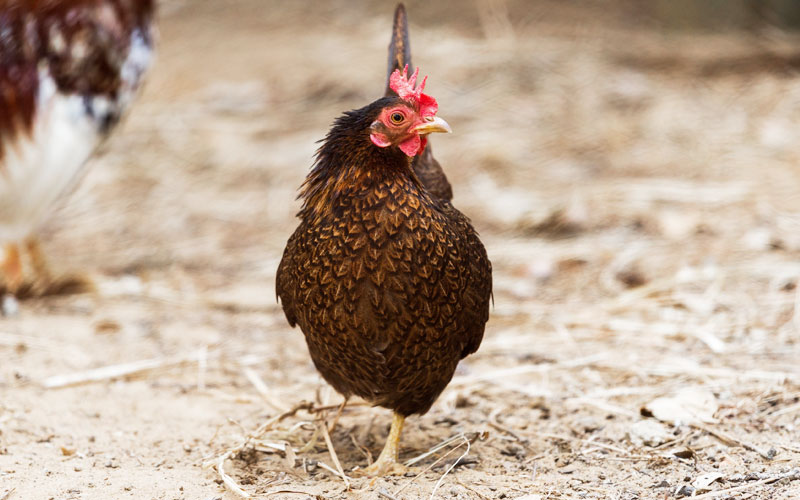 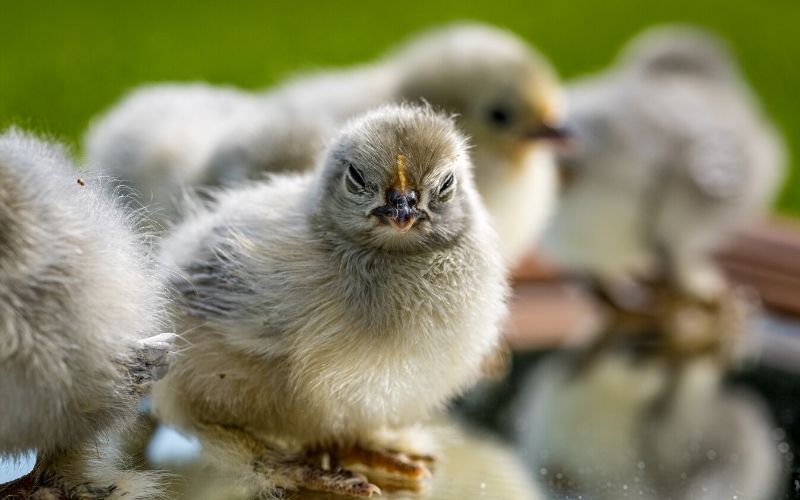 How to Care for Pekin Bantam Chicks?