Ducks are adorable birds, and they are also quite intelligent. Ducks, however, smell bad, unlike chickens since they like roaming in dirty places. Ducks are also subject to awful smells since they like foraging for food in muddy areas. Furthermore, ducks are messy, and thus they tend to get dirty and smelly in the long run.

Why do Ducks Smell so Bad?

Ducks have a stinky reputation, unlike guinea fowls and chickens. It is common to notice a bad smell coming from your ducks, mainly if you keep a large flock indoors. Several reasons can make your ducks have a terrible smell.

Ducks are more likely to smell bad if they are living in an overcrowded coop. Although you can keep several ducks in one cage, overcrowding can make your ducks smell bad over time. Your ducks will have no adequate space to sleep on, forcing them to sleep on their poop, ultimately making them smell bad.

How Do You Keep Ducks from Smelling?

Although ducks smell bad, you can keep your ducks from smelling bad.  Check these tips on how you can get rid of that stinky, unpleasant smell.

– Keep their Coop Clean Throughout

The kind of food you provide to your ducks can make them smell bad. Although your flock will eat the food you offer them, they will occasionally feed on critters and worms, mainly if you keep ducks outdoors.

This mix in your ducks’ diet can make them smell bad since it can lead to smellier poop. Therefore be mindful of what your ducks eat. Avoid providing your ducks with a protein-rich diet, despite such a diet being excellent for egg-laying ducks.

Excess protein can make your ducks’ poop smellier. Consider providing your ducks with regular feed if you suspect that diet could be making your birds produce an unpleasant smell.

Like other household pets, ducks need regular bathing to keep them from having a bad smell. A good bath helps remove poop or dry feed from your ducks’ feathers, making them less prone to smells.

If you don’t like bathing your ducks, especially if there are many, you can consider having a pool on your lawn where your flock can take a bath. Ducks like swimming, and they cherish the presence of clean water in their environment.

No wonder wild ducks are less smelly since they are fond of swimming in rivers, dams, and lakes. Alternatively, you can spray down your ducks with water using a garden hose.

Most people keep ducks indoors, particularly if they have small outdoor space. Keeping ducks indoors, however, can make them subject to a bad smell. Ducks aren’t indoor pets, unlike most pets, and like roaming outdoors freely.

If possible, consider keeping your flock outdoors to lessen their odds of smelling bad. Ducks won’t come into contact with their poop when they are roaming outdoors. Keeping ducks outdoors is mainly an excellent idea for people with many ducks.

Do Ducks Smell Worse than Chickens?

Yes, ducks smell bad than chickens. Unlike ducks, chickens don’t like rolling in dirty, meaning there are few chances of chicken smelling bad.  Furthermore, chickens don’t sleep on their poop, even if many chickens are living in one coop.

Most importantly, chickens aren’t messy like ducks. However, chickens can also smell bad if there are living in smelly conditions. Chickens are also more prone to parasites and fleas than ducks.

Yes, ducks are overly dirty animals. Most people see ducks as unclean animals compared to other domestic birds such as Guinea fowls and chickens. Ducks are messy eaters, which makes them dirty in the process of feeding. Furthermore, ducks like roaming in dirty places as they search for food, making them subject to getting dirty.

Luckily, you can address the dirty side of your ducks. For instance, your ducks will remain ever clean if you keep them in a clean environment. Giving your ducks occasional baths will also help keep them clean. Simply put, your ducks will be dirty or clean depending on where you are keeping the ducks.

Ducks may seem like dirty creatures, thanks to their stinky reputation. However, their eggs don’t smell bad since they have a shell that keeps them clean. The yolk inside the ducks’ eggs also doesn’t smell bad.

Ducks can be messy and dirty birds, which earns them a stinky reputation. Nonetheless, you can address the foul smell in ducks by keeping your ducks ever clean.

The environment that your ducks are living in can make them smelly. Thus, consider keeping your flock in a clean environment, and you will not get that bad, unpleasant smell from your ducks. 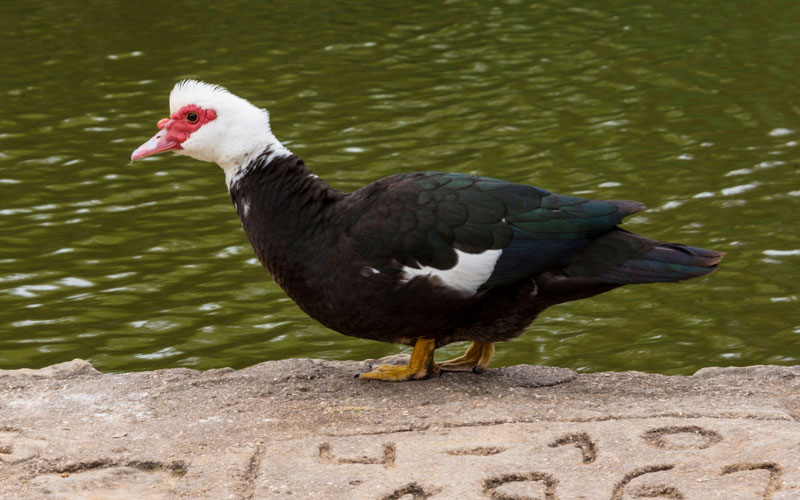 How Long do Muscovy Ducks Live? How to Tell if a Duck is Dying? 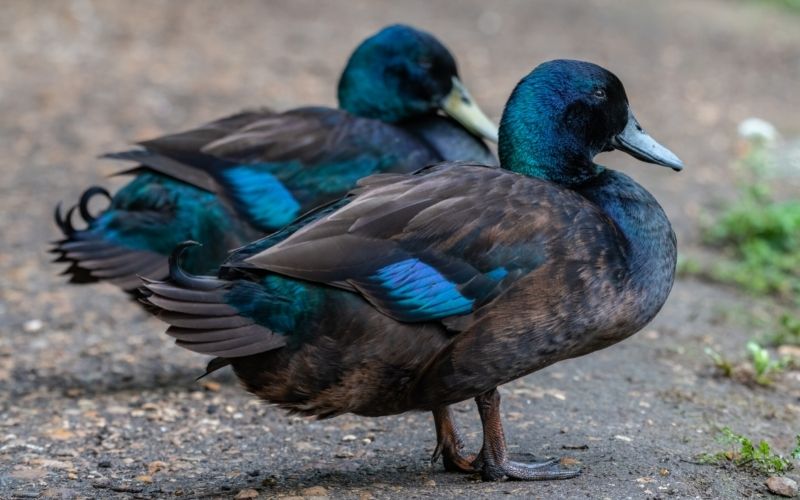